A Look At China's Tennis Programs

A plethora of factors such as politics, economics, religion and culture have typically separated the East from the West, but one country has been continually separating itself from others; China. A country which boasts a population of over 1.3 billion immediately obtains a significant competitive advantage over rivaling countries as the talent ‘pool’ from which to select its athletes is considerably larger. In 2017 China hosted 23 women’s ITF tournaments (basically 2 per week), 14 men’s ITF tournaments, 12 Junior ITF tournaments, 4 ATP tournaments and 8 WTA tournaments including the end of year ‘Elite trophy’. At the time of this writing, China has four women ranked inside the top 100 WTA singles and nine in doubles. Furthermore, an additional six currently sit in the top 200 as well as fifteen boys inside the top 500 Junior ITF rankings and eighteen girls. Take note, China is on a tennis ascendency.

For centuries China has been strongly governed by communist regimes and so it is unsurprising that the systems employed today still exhibit communist characteristics. However, this should not necessarily be seen as a negative thing. Well, certainly not at first glance. Anyone competing in professional tournaments throughout China cannot fail to notice the abundance of ‘state of the art’ training facilities, impressive tournament sites and modern stadium courts. A typical venue at the lowest level $15,000  ITF event in China would put most nation’s national training center to shame. But what about its players? How do government programs support their up-and-coming athletes and what differentiates them their foreign counterparts?

China employs ‘state run’ programs where athletes are typically identified at a young age and offered training facilities and coaching through their local “city teams”.  As they mature, and provided they continue to exhibit their precocious skills, they are then filtered into a ‘provincial’ team that will be in ‘charge’ of their development for the foreseeable future (similar as to how professional NHL and NBA teams use their affiliated ‘farm’ teams to develop promising talent). It is usually at the provincial level, or sometimes even earlier, where players are required to make a long-term commitment to ‘their’ team and chosen field of expertise by entering in to a legally binding contract that will require them to represent their organization for a predetermined number of years. The massive upside to this deal comes in the form of a ‘salary plus expenses’ scenario whereby players receive a base salary (determined on their level) in addition to having their expenses paid (flights, hotels, coaching, etc.). Seems pretty great, right?!

However, as the saying goes, ‘there’s no such thing as a free lunch’? In exchange for this opportunity afforded to them, players are usually required to surrender their passports to their teams ‘leader’ meaning that travel outside of the country is usually out of their control. Additionally, players are obligated to represent their team every 4 years in the ‘Chinese National Games’ which is considered by many within the country to be more important than Grand Slam events. Understandably this event comes with a considerable amount of pressure for both the players and coaches alike as a positive outcome (i. e. winning a gold, silver or bronze medal) frequently delivers significant financial rewards including facility upgrades, bonuses, gifts , media exposure and salary increases whereas an unfavorable outcome can result in the termination of coaches and players contracts altogether. A country as populous as China can also employ a ‘1 out 1 in’ practice whereby any players that fail to perform, become injured or simply fail to adhere to the terms of the contract will relinquish their position to the next person waiting in line; And the line is long. 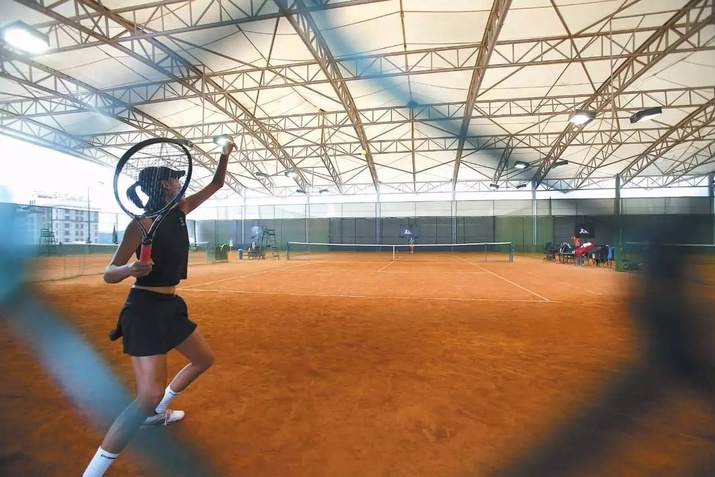 Back in 2009 several highly ranked Chinese players took a stand against this system with the outspoken Li Na openly criticizing her country’s regime. Li stated, “In the past, national or the provincial sports administrators arranged everything for you and you had no options but to follow their arrangements. It is very important for us to have the right to choose. I really mean it.”  Many child Phenom’s throughout the country are removed from school at ages as young as 12 or 13 (although on paper are still enrolled) so they are afforded more time to refine the necessary skills within their domain (often forfeiting their NCAA eligibility). According to Li Na the process is far from painless and often done without the child’s consent; “If I had an opportunity to choose what I wanted to do in childhood, I wouldn't have gone for tennis, it is a sport that I was always pushed to do, first by my parents, then provincial and national sports administrators.”

In 2016, China boasted a GDP of over 11 trillion dollars and still remains the world’s leading exporter of merchandise goods across the globe. With a booming economy and a plentiful supply of players, foreign coaches ‘promising success’ have become a mainstay within the Chinese tennis community. Coaches such as myself are rapidly increasing in numbers as the promise of high paying jobs combined with the opportunity to develop the next wave of talent beckons. ‘Celebrity’ coaches such as Carlos Rodriguez, Boris Becker and Sanchez Casal have all capitalized on the abundant financial opportunities available by creating their own academies and training centers that have increased the portfolio of the game throughout the country.

Identifying the singular proximate cause of China’s ascendancy is virtually impossible but obtaining a ‘loose’ understanding of some of the nation’s underlying factors is an important step for those who may wish to adopt some of their methodologies. The strict government regulations and involvement do carry some obvious burdens, but simultaneously provide athletes with a tremendous opportunity frequently denied to others. It is not uncommon for European players ranked inside the world’s top 200 to quit the game early due to a lack of funding. Conversely, Chinese players who fail to make it inside the top 800 will often never worry themselves with the cost of a hotel room, flight or a pair of the latest Nike shoes. Whether this is a good or a bad thing is not for me to say, but it is apparent that the current system is certainly not ‘failing’ in any sense of the word. But, for all of the opportunities Chinese players are seemingly granted, why are there not more of them consistently contending for Grand Slam titles? Could it be that when you are constantly being ‘fed’ you are never really hungry?

Many European countries do provide their elite players with an abundance of training facilities, high-performance coaches and an expense allowance but all come with enforced ranking requirements. Failure to achieve a predetermined ranking each year typically results in being ‘dropped’. A system such as this creates more player accountability in addition to actually providing a form of motivation and competitiveness. China’s enormous population and ‘state run’ programs often propagate group success over individual growth thereby removing a players desire to maximize their potential and engage in any activities (such as traveling overseas) outside of their ‘comfort’ zone.

China’s system is neither good or bad, broken or unbroken, old or new. It simply is what it is and by even suggesting that a single or multiple changes to its current structure would benefit the nation as a whole or even the individual athlete’s welfare would be nothing short of hubris.