Chicago - Following the success of the inaugural 2017 Laver Cup hosted in Prague, the event will tick the next box at the indoor hardcourts at the United Center. In 2017 Team Europe captured the trophy with “side-line” captain Nadal passionately encouraging his teammates, especially Federer.

While Rafa is notably absent this year following a rare semi-final withdrawal at the US Open, the 2018 line-up will not disappoint. Eleven of the current top-20 players will receive a warm welcome on Wednesday at the Pritzker Pavilion in Millennium Park along with No. 27 Nick Kyrgios who is capable of producing top-10 tennis at any moment.

For those not familiar with this new kid on the block event, Laver Cup is a team versus team format like Davis Cup. The 2018 player list reads like a Who’s Who of the ATP tour. This year Team Europe is comprised of all-court Belgian David Goffin, No. 5 Alexander “Sascha” Zverev of Germany, Brit Kyle Edmund, No. 7 Bulgarian Grigor Dimitrov, US Open Champion No. 3 Novak Djokovic and Swiss Maestro No. 2 Roger Federer.

But wait there’s more. Team Europe is led by legendary Captain by Bjorn Borg with Vice Captain, Thomas Enqvist. For those, not familiar, Enqvist is a former ATP professional from Sweden who achieved a career-high ranking of No. 4 and earned a final spot at the Australian Open in 1999. He owns 19 career titles.

Reflecting on his 2017 Laver Cup memories, Alexander Zverev had this to say “Obviously the atmosphere here, playing on court, the support I get from legends, as well, it’s quite amazing, I think it’s the only event where you’ll have that.”

Team World American Jack Sock remarked stating, “I think you could ask any of the guys that it could potentially be our favorite week of the year so far.” 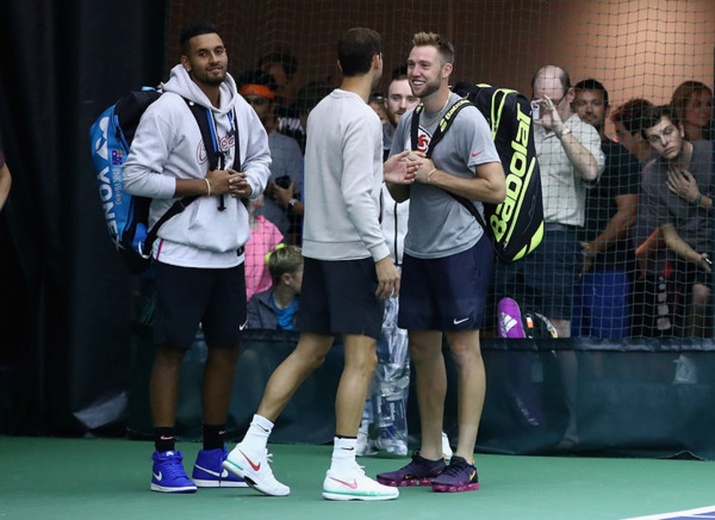 Rod Laver will greet fans and sign copies of his autobiography.

Fan Zone official opening takes place at 4:00 pm as part of Family Day. Parents are invited to bring their children to experience firsthand all of the exciting Laver Cup activities. Entry to this event is free however fans must register to receive complimentary tickets at https://www. eventbrite.com/e/laver-cup-fan-zone-chicago-2018-tickets-49 745 891 300

Note: Laver Cup ticket holders may attend the opening simply using their tickets to access Fan Zone during the event.

This three-day sports blockbuster, September 21-23rd, promises to deliver excitement, intensity, and team-driven passion. Professional team tennis is a unique and rare thing of beauty. Team World has the home court advantage with the support of Chicago & US sports fans. The Day 1 Order of Play will be announced Thursday, September 20th. Prepare now to come out and cheer for your team and great tennis.