Petra Kvitova is the new Porsche Tennis Grand Prix champion. She won the title with a 6-3, 7-6(2) victory over Anett Kontaveit Sunday. With this victory, she also breaks the WTA’s streak of new winners for each tournament so far in the year. She was pleased with this achievement if for no other reason, than that in her words “I’m so happy that we will not hear it anymore!” Flying solo this week, without her coach and team in her box or visiting her on court, she was relaxed and locked into every match. Along the way to her title, she took down Greet Minnen, seventh-seed Anastasija Sevastova, and sixth-seed Kiki Bertens. She takes home $153,276  dollars and a brand-new Porsche.

Kvitova quickly felt her way into the first set, as Kontaveit was still dealing with the pressure of her first final of the season. She had made the quarterfinals in 2017 and the semifinals in 2018, so she has had some experience on the arena’s center court. Kvitova took the lead in the match when she broke for 4-2 in the first set and held to 6-3. In the second set, Kontaveit began by being broken, but she quickly broke back and mounted a resurgence with new confidence. Up 5-4 and on Kvitova’s serve, the two went to deuce twice before Kvitova equalized. She saved two set points in that game. The second set went to tiebreak, and Kvitova quickly took an early lead, locking in on every ball and showing exactly how she became a two-time Wimbledon champion. She rushed to a 6-0 lead in the breaker, and finally took the second and final set at 7-2 on her third match point. 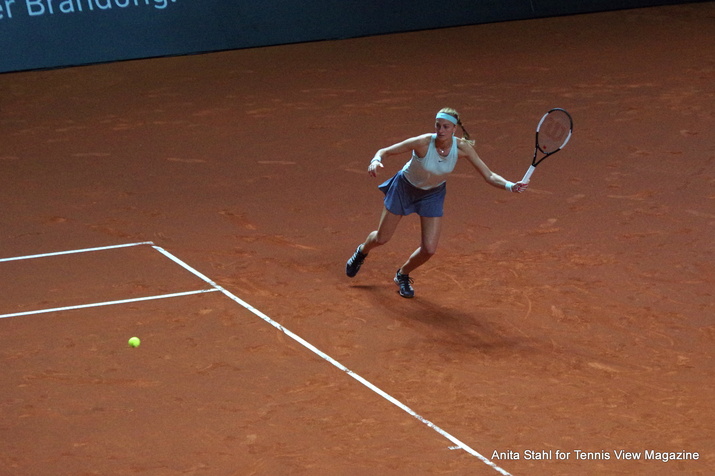 Kvitova was happy with her performance under pressure: “I played Anett in a few tiebreaks in the past and I almost lost all of them which wasn’t really nice going to the tiebreak but in the previous games when I was serving I faced two set point and that was very, very important that I stayed in the set.” She also took note that she ended the championship on her best shot: “My last service game actually I played amazing. I really had the great serves over there and I was just continuing in the tiebreak from the beginning. I think I was pretty patient, and I was just there and trying not to really be that hectic as probably like I was before. I am pretty glad with my forehand winner down the line on my match point.”

Her game was not executed without issues, however, specifically when she struggled with her forehand at times: “It’s pretty difficult mentally when you know that your weapon is not working. But, you know, I have few different shots as well which is sometimes helping me. The forehand sometimes, especially on the clay when it’s bouncing a little bit differently and it’s maybe bouncing a little bit higher, then it’s a bit tougher for me moving to the sides as well with the slide. I still have to find the rhythm on it and the clay here is pretty slippery. The rhythm is just not there but I’m glad that I found it in the important points and I think I could find it a little bit earlier.” 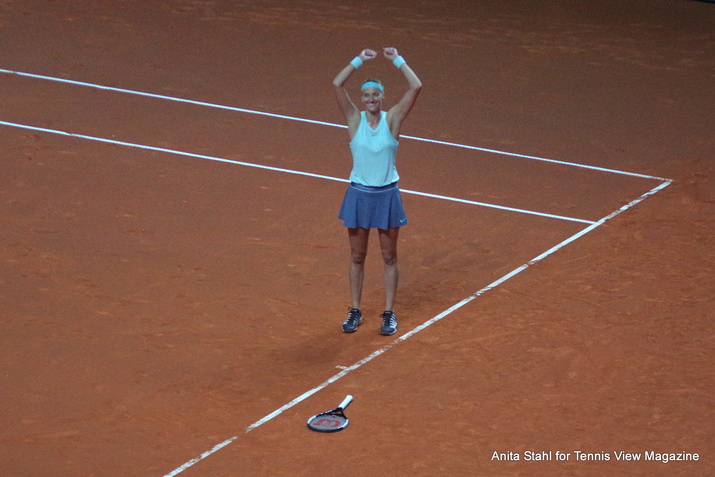 Speaking with press after the defeat, Kontaveit was in considerably good spirits as she recounted what happened in the second set: “I think I sort of managed to stay with her more, there were few more longer points I managed to play and I think I missed a little less than I did in the first set, you know made her work a little harder on her serves as well which gave me the chances but she was very solid.” And although it was not enough to win the championship this time around, Kontaveit has much to be proud of: “I actually thought I served quite well. I think my serve improved from previous weeks. That’s I think one thing I’m happy with.”

Before the main draw got underway, the tournament was rocked by withdrawals from Simona Halep and Garbiñe Muguruza. In the first round, Julia Goerges retired in the third set against Anastasia Pavlyuchenkova, experiencing pain in her neck and back and caused numbness in her hand. The next retirement was Victoria Azarenka, who experienced a shoulder injury in the third set of her match against Anett Kontaveit. Ahead of her semifinal match against the same, top seed and world number one Naomi Osaka withdrew due to abdominal pain. Despite these unfortunate circumstances, the tournament was a resounding success. And though the German fans were, of course, disappointed to see their last player lose in the quarterfinal of the singles draw, two Germans won the doubles. Mona Barthel and Anna-Lena Friedsam defeated Anastasia Pavlyuchenkova and Lucie Safarova 2-6, 6-3, (10-6)