On Monday Night, in a quarterfinal match at the Delray Beach Open, in a battle of two Americans, world No. 119 Sebastian Korda defeated world No. 25 and the second-seeded John Isner 6-3, 4-6, 6-3.

Sebastian Korda’s father, Petr Korda, peaked at world No. 2 on the ATP Tour. His mother, Regina, peaked at No. 26 in the WTA. His older sisters, Nelly and Jessica, are pro golfers on the LPGA Tour.

Petr Korda competed at the Delray Beach Open in 1997 and lost in the second round, and, in 1999, he lost in the first round.

I remember Petr Korda as a lefty who lived off his serve. He had a one-handed backhand, good volley, not a lot of spin. His son is right-handed and also has a big serve. But he plays a modern baseline game with spin, two-handed backhand.

What the father and son share is that they play easy. 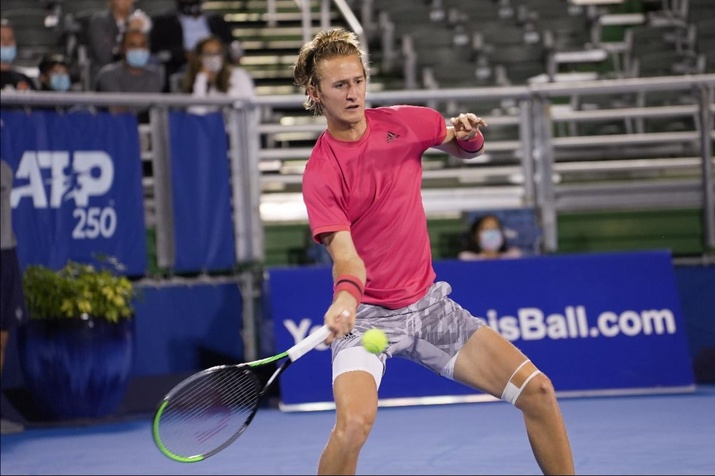 Watching him dismantle Isner last night in Delray Beach, I would add exquisite.

It felt like it did when I first watched Roger Federer, Michael Jordan, Wayne Gretsky, those rare athletes who seem to control time and space, making spectators giddy and gaze with wonder.

Korda’s composure on the court is astounding. Like Federer, he doesn’t grunt. He doesn’t look like he sweats much or gets tired. He has an incredible poker face. Whether he misses or makes it, he moves on to the next point in the same even-keeled manner.

Last night, Korda returned so well and made Isner hit so many more balls off his serve, that Isner looked discombobulated.

Still, though, Isner made 72 percent of his first serves and hit 13 aces. By comparison, in Isner’s last match, he hit 22 aces in two sets. Korda just maneuvered him around so much in the return rallies that Isner looked exhausted.

In the last game of the match, Korda saved three break points. “I’m super, super happy with how I played that whole game,” Korda said. “I mean, he played an incredible first three points. I couldn’t really do anything. And then I kind of just stuck with it. I got a little more aggressive, and then at the end, that was a lot of stress in that last game. So, I just kind of let it go.”

Korda said of reaching his first ATP Tour semifinal: “I wouldn’t say I’m surprised, but I’d say it’s definitely super rewarding for me. I’m in my first semifinal, so it’s awesome for me.”