It has been business-as-usual in the first round at Roland Garros so far, but it didn’t take long for two Grand Slam champions to crash out of the women’s draw.

Angelique Kerber and Caroline Wozniacki both made first-round exits at the French Open.

On Sunday, Kerber, the fifth seed, fell to upstart Anastasia Potapova 6-4, 6-2 on Court Philippe Chatrier. The German will have to wait for another opportunity to complete her career grand slam.

In fairness, Kerber has not completely recovered from an ankle injury she sustained at Madrid earlier in the clay season. But she refused to make excuses, ''Of course this is not my excuse and everything,'' Kerber said. ''I tried my best. I know that there is still a little bit of work to do to be really playing matches 100 percent.'' 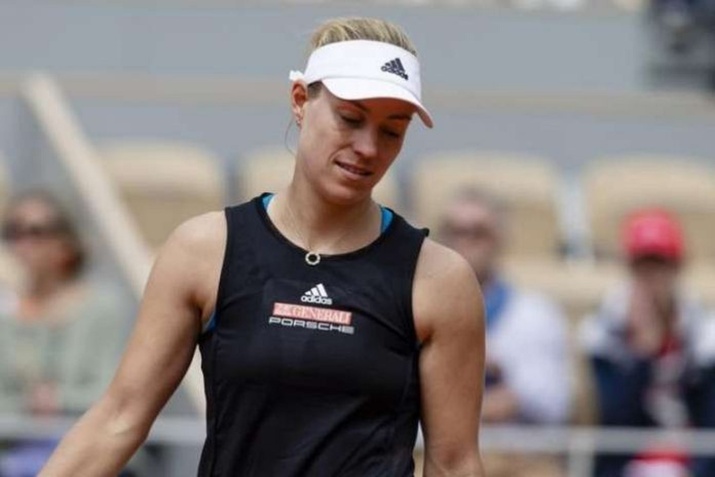 Playing in the first slam of her career, Potapova was taken aback, “I was just speechless,” she said. “I didn't know what to say and what to do, but, yes, I was so happy at that moment, and I'm still so happy. I live for this win, for these emotions, for these moments. I'm going to do everything to live it through again and again and again.”

Things looked to be going as scripted as the Dane rolled to a perfect first set. But the wheels came off quickly.

Wozniacki, like Kerber, was clearly hampered by an injury as she played with a heavily wrapped left calf.

“I played really well in the first set. I played aggressive. I played the way I wanted to play. And then I think she got very lucky at the start of the second set and took advantage of the opportunities she got,” she said.  “And then I think I just lost a little steam in the end.”

It has been an uneven first half of the year for Wozniacki, but she hopes to turn it around in the second half, “I just have to try and stay positive, and obviously it's not as easy to stay positive when things aren't going your way. But I think that's when you really need to – and you need to just keep grinding.”