On Tuesday, tennis legend Steffi Graf arrived at the Huafa Group’s Hengqin Tennis Center for the opening day of the Hengqin Life WTA Elite Trophy Zhuhai. The former world No. 1 and winner of 22 Grand Slam singles titles is the global ambassador of the tournament, an honor she has held for four years.

In the afternoon, Graf sat down for a press conference with a select group of journalists.

Q. This is your fourth year as the global ambassador for the WTA Zhuhai Elite Trophy. So when you come to Zhuhai, do you notice changes in the last several years?

STEFANIE GRAF: During my career I never got a chance to come to China, so it took me a little longer and obviously a lot of things have changed and seeing the popularity that tennis has here now and kind of being part of something over the last few years, the tournament has become much more established, seeing how the interest has grown even to the point where there's a lot more tournaments in the area, as the ATP tournament even this year. But just kind of being part of that growth and seeing tennis become more popular here, and more common, it's something that I found very enjoyable. But also coming here for four years now seeing the city grow has been incredible. Just kind of every year I take a picture out of the hotel room and kind of see the skyline within a year change so drastically. And even the area here around the tennis courts. It's been fascinating to just be kind of following that as well.

Q. I heard about you went to Chengdu before you came here. 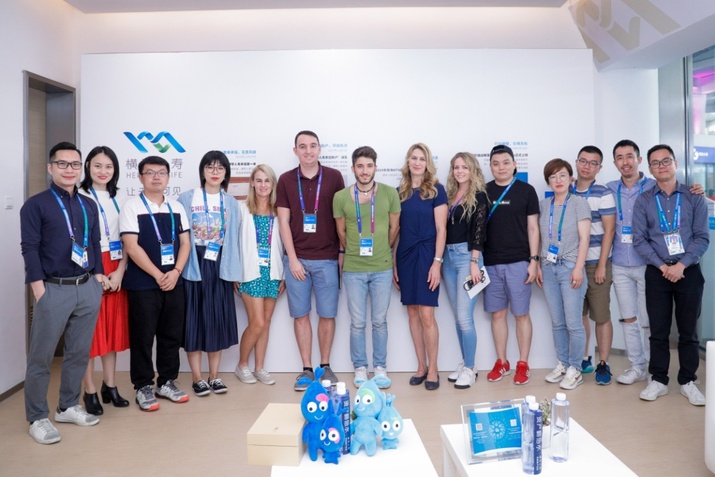 Q. Did you get a chance to see the pandas and can you share any interesting details to us?

STEFANIE GRAF: Yeah, I made a point the last two years to try to do something that I haven't seen and always wanted to experience and one of those things was to visit the panda reserve in Chengdu. So it was the first time I was in Chengdu, we went to the panda base, so it was, we saw literally a handful of a panda, to see them a few weeks later where they were a little bigger and just, yeah, just heard about how they're trying to prevent them from being extinct and how they kind of raise them from the different stages from the baby to the teenage years and what kind of process that it is was fascinating. And later on in the afternoon we went to another panda base a little further away. So, yeah, we got, we learned a lot about pandas. And a few years ago I got a chance, always wanted to, to see the Chinese wall, so I went to Beijing and experienced that. Went to the Forbidden City. So every year I'm trying to add something to that I feel is just an incredible experience.

Q. There will be a new tournament in Berlin next year. It will be played in the Steffi Graf Stadium. Could you imagine to come back to your home country to represent this event in any way?

STEFANIE GRAF: Well, yeah, I actually I got – yeah, I heard about it a few weeks ago. And it's nice to know – it was, for me, one of these tournaments that brings back a lot of special memories, matches that kind of were stepping stones in my career. And I do come back to Germany a lot for my foundation, to Hamburg, so I wouldn't know why it would not be possible to visit Berlin during the tournament.

But just to see tennis being played again in Berlin is something that makes me happy. And then in a club that has incredible fans and was just a big part in that city. And just to bring it back – a little different on grass court – so it should be very interesting how that will transition there. But just to see the tournament back on the calendar is, yeah, it just made me happy.

Q. You Andre are both legends of tennis. We would like to know what's your opinion about the young generation, what's the most important thing for them to be a good player and a good person? 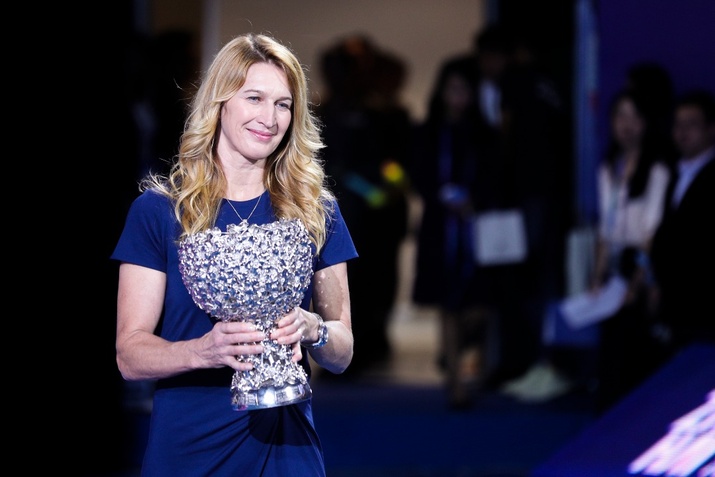 Q. Kim Clijsters will come back next year. She is 36 years old. Do you think that she can get back to her prior level?

STEFANIE GRAF: Well I think that it will be fun to see. I don't know. But I think for her to make the decision that she wants to come back she must believe that – I mean obviously I don't know what her goal is, but I think if you've been at the top the way she has been – and she has come back once before, so she knows what it takes. I would assume that she believes that she is capable of it and it will be fun for all of us to watch and see how she will be able to – being a few years away from the sport, it's very difficult, and she's got family and kids, but we see it out there happening a few times now. So it will be a big challenge, but she seems like she's looking forward to it.

Q. Why do you think women or WTA events are so unpredictable. When you compare it to the ATP, if Federer, Nadal, Djokovic are in the competition, they're immediately clear favorites. When the WTA, it's the same high level, kind of why so difficult to replicate the dominance. Especially since Serena?

STEFANIE GRAF: Well it's obviously different periods in the evolution of the sport, in the different times. I mean, there's been times we had a lot of rivalries and then there's times when you don't. So I think the fun thing has been that it's been keeping it interesting, it's been – a lot of players that play on the high level maybe sometimes struggle to keep it up all year long, but they're always capable. And seeing especially the younger girls now just being less afraid and going out there and going for it. I just think it's become a lot closer, the level, and I think that's what makes it kind of interesting that you do not always know.

Q. Which WTA player playing today do you think plays similarly to you when you played back on tour?

STEFANIE GRAF: Oh, I always feel it's kind of, you know, to look for similarities, I mean I'm probably not the best to judge that. I think you probably watch maybe more tennis than I do live, I'm seldom at courts now days anymore, so it will be a lot harder for me. But the single-handed players are rarer and rarer out there. Ashleigh Barty, she did so well here last year and to have seen her pull her last year and a half together the way she has been a whole lot of fun. But there are just very few one-handers out there anymore.

Q. I wanted to ask you if you had a chance to meet Coco Gauff and what advice could you give her?

STEFANIE GRAF: I have not met her. But I did see her play here and there a little bit at some of the televised matches. So it doesn't seem like she needs a whole lot of advice (laughing) I mean she's, I mean just watching she seems to – talk about somebody that's enjoying herself out there, you can see her intensity and, I mean, incredible athleticism. So it's going to be incredible to follow her the next few years. I mean she's got such an effortless style and such raw talent. So I don't think she will need, she needs anything, any advice, the way I'm thinking.