Compensating for the rain-shortened Thursday schedule, a sprawling array of competitors took the court in Paris on Friday.  Some turned into French toast, but those featured here deserve a toast to their achievements on the terre battue. 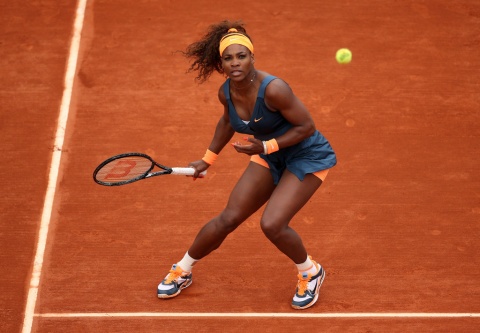 Serena Williams:  The longest winning streak of her career showed no sign of slowing as Serena surrendered just two games to Sorana Cirstea.  She reaches the second week having lost six games in the tournament and no more than five games in any of her last nine matches, dating back to the Madrid semifinals.  The memories of last year’s humiliation against Virginie Razzano have evaporated.

Roger Federer:  Granted, nobody expected his draw to cause him any serious problems.  Federer opened the first leg of a likely trilogy against French opponents on Friday, dispatching Julien Benneteau.   Although well below the elite level, Benneteau nearly upset Federer at Wimbledon last year and twice has defeated him on French soil, so this straight-sets victory impressed more than the two before it.

Jo-Wifried Tsonga:  Due to face Federer in the quarterfinals as the last of his “French trilogy,” Tsonga has matched the Swiss star’s smooth progress round for round.  His latest victim, compatriot and Australian Open quarterfinalist Jeremy Chardy, never found his footing against a man uncharacteristically intent from the start.  Tsonga missed out on a semifinal here last year by the narrowest of margins, so he may feel especially determined to atone.

Francesca Schiavone:  An ominous start to the season did not prepare audiences for the fine form that Schiavone has shown at the site of her greatest triumph.  Upsetting seeded opponent Kirsten Flipkens on Friday, the 2010 champion moves within range of the second week.  Her presence makes the tournament livelier than it would be without her.

Marion Bartoli:  Up next for Schiavone is a rematch with the woman whom she defeated in a Roland Garros semifinal two years ago.  Bartoli needed multiple escapes in both of her first two matches to prevail, but she managed to hang on by a thread in her nation’s largest tennis stadium.  Her game may have fallen into disarray, but her desire to win has not. 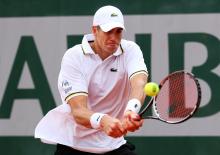 John Isner:  Never had he rallied from a two-set deficit to win a match at a major, and he had lost his last four five-setters.  Undeterred by that history, Isner bounced back from losing the first two sets to Ryan Harrison, keeping his fellow American winless in fifth sets.  Isner will have felt relieved to avoid one of the marathon final stanzas for which he has become famous.  The last American man left in singles cannot afford to squander too much energy.

David Ferrer:  While the more heralded Rafael Nadal has stumbled and sputtered through two rounds, Ferrer has reached the second week without losing a set.  The fourth seed wasted little time with compatriot Feliciano Lopez, continuing to showcase his best tennis of the spring.  Awaiting him on Sunday is a chance to avenge a hard-court loss against towering South African Kevin Anderson.

Sara Errani:  Still flying under the radar, last year’s finalist has surrendered four or fewer games in each of her first three matches.  Errani dismantled her latest victim, Sabine Lisicki, with surprising ease considering the stark disparity in power between them.  A more comfortable encounter lies ahead against Carla Suarez Navarro, enjoying the best year of her career so far but a lesser version of Errani in many respects.

Angelique Kerber:  A tight three-setter against clay specialist Varvara Lepchenko tested Kerber’s nerve in a year when she has lost several such thrillers in key situations.  She can expect another stiff test in the fourth round against 2009 champion Svetlana Kuznetsova, who took her deep into a third set earlier this clay season.

Janko Tipsarevic:  Most observers had placed the second-ranked Serb on full upset alert when he faced Fernando Verdasco, who had shown flickers of a resurgence and won their most recent meeting at a major.  Still clinging to his top-10 perch, Tipsarevic flirted with disaster by allowing a two-set lead to evaporate.  Verdasco nipped at his heels deep into the fifth set of the match of the day before the eighth seed finally delivered the coup de grace.  Like Isner, Tipsarevic now faces the daunting task of playing a best-of-five match the day after winning a five-setter.

Stefanie Voegele:  Her victory today did not come against a seed and probably will not receive much notice as an upset.  But Voegele rounded out a strong day for Swiss tennis, when Federer and Stanislas Wawrinka also won, by edging last year’s Roland Garros quarterfinalist Kaia Kanepi in a 14-game final set.  This section lies wide open with most of the seeds gone except the beatable Maria Kirilenko.