A Day Of Upsets At Wimbledon

Day one at The All England Lawn Tennis Club was not a good one if there was a number next to your name in the draw. Eight seeded players exited on the first day of The Championships Wimbledon.

It was a quick exit for Naomi Osaka, who had won two of the last three grand slams entering Wimbledon but fell at the hands of Yulia Putintseva on Monday. Osaka’s aggressive style did not fare well against a competitor who plays solid defense and keeps balls in play. Osaka had a whopping 38 unforced errors while the native of Kazakhstan struck just seven on her way to a 7-6, 6-2 win. 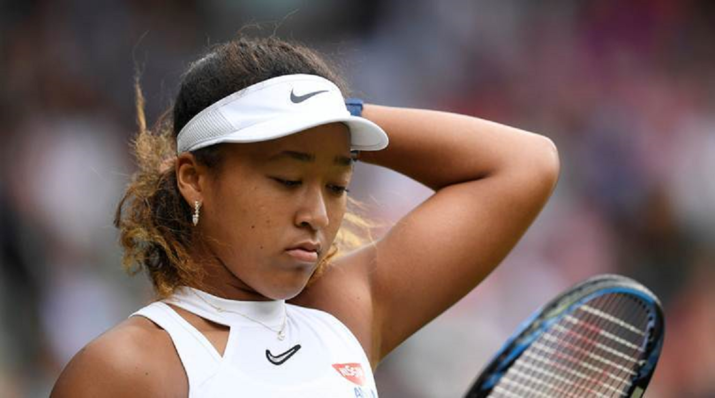 Elsewhere, Alexander Zverev, who has struggled to play good tennis lately, continued that trend falling to veteran Jiri Vesely 6-4, 3-6, 2-6, 5-7.  Admittedly, Zverev has struggled with confidence and after winning the first set, that was noticeable as the Czech gained and built momentum. The 6-seed will continue to face questions as to why he has been unable to make deep runs at the majors.

Meanwhile, Stefanos Tsitsipas fell to a red-hot Thomas Fabbiano 4-6, 6-3, 4-6, 7-6, 3-6. The Greek looked to have fought his way back and turned the match after winning a tight 4th set tiebreak, only to fade rapidly in the fifth. Fabbiano was able to break Tsitsipas’ serve five times in the match and elevated his game at the most crucial moments.

Tenth-seeded Aryna Sabalenka had a short stay in the women’s singles draw falling to Magdalena Rybarikova 2-6, 4-6. With her power game, more was expected out of the Belarusian on the grass but the crafty veteran played steady tennis and broke Sabalenka’s serve four times which was good enough to advance in just an hour and 10 minutes.

Other seeds who fell on Monday included Gael Monfils (who was forced to retire), Caroline Garcia, Daria Kasatkina, and Marketa Vondrousova.