The ATP tour rolled into town with the inaugural ATP 250 San Diego Open taking place at the Barnes Tennis Centre starting this week. San Diego had previously hosted the 2014 Davis Cup tie between the USA and Great Britain, but this was the city's first-ever ATP tour event.

With San Diego enjoying its first top-level tennis event in seven years, the crowds came out in force to show their love of the game and support their favorite players. And what a stellar field they had to choose from. With the autumn Asian swing canceled due to the pandemic, many of the top players decided to come to San Diego as a warm-up for the upcoming Masters 1000 tournament in Indian Wells. From 3-time Grand Slam champion and former world number 1 Andy Murray on the comeback trail to world no 5 Andrey Rublev, to three 2021 Grand Slam semi-finalists in Felix Auger-Aliassiame (US Open), fellow Canadian Denis Shapovalov (Wimbledon), and Aslan Karatsev (Australian Open), as well as two former Grand Slam semi-finalists in Grigor Dimitrov (also a winner of the ATP World Tour Finals in 2017) and Diego Schwartzman, the fans had a plethora of talent to enjoy in the Californian sunshine and under the floodlights in the atmospheric evening sessions. 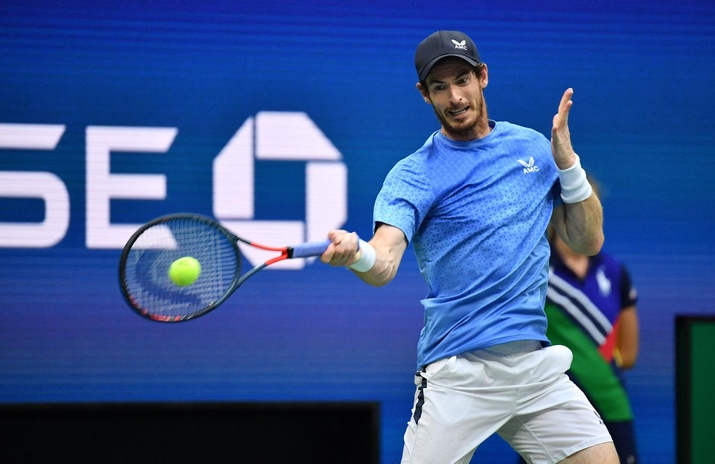 Such was the strength in depth of the draw that even the qualifying boasted a two-time Grand Slam runner-up in Kevin Anderson. The 6ft 8 South African was the top qualifying seed and defeated one Aussie Jason Kubler in the first round before losing to another Aussie, Alex Bolt, in three close sets in the second. Anderson is returning from injury and is clearly some way from regaining the form that saw him reach the US Open and Wimbledon finals. Like Andy Murray, he has been working his way back up the rankings, and his willingness to play the lesser Challenger and 250 level events is a testament to his love for, and dedication to, the game.

At the other end of the spectrum, the most astonishing result in the qualifying was surely the win by Danish world number 901 August Homgren, over world number 75 Jordan Thompson, in straight sets 6-4, 7-6. Holmgren plays for the University of San Diego where he is majoring in Theater & Performance Studies, and he certainly stole the show in the first qualifying round. Adding local college players like Holmgren to 250-level events offers a valuable opportunity to play at elite level for those who need to combine their tennis with a college education. Plus, they certainly bring the most vociferous support with them!

Although Holmgren lost his 2nd round qualifying match to Italian Salvatore Caruso, it wasn't the end of the story for the 23-year-old student, nor for a number of other losers in the second qualifying round.

Andy Murray versus Kei Nishikori was the stand out match of the first round - a mouth-watering tie between two old foes who last met in the quarter-finals of the French Open back in 2017. Disappointingly for the fans, it didn't happen as Nishikori was forced to withdraw just a couple of hours before the start with a lower back injury. In stepped lucky loser Denis Kudla of the USA, world-ranked 94, for his first meeting with the 3-time Grand Slam champion, who is trying to make his way back up the rankings after double hip surgery.

In front of a packed house in the Tuesday night session, the counter-punching consistency of the former world no 1, constantly keeping the ball in play and making his opponent hit another shot, was too much for the American and Murray won easily 6-3, 6-2.

Whilst Murray showed flashes of the brilliance that had propelled him to the very top, including a delicious diagonal backhand top-spin lob winner, his poor serving, particularly his low percentage of points won on second serve, might have cost him dearly against a better opponent. Kudla lacked the firepower to capitalize, but his round 2 opponent, world number 10 Casper Ruud, is unlikely to be so generous.

Contentiously, in his press conference afterward, Andy Murray was asked about the domestic abuse allegations surrounding Alexander Zverev by Bill Simons of Inside Tennis Magazine. While Murray responded well, calling for the issue to be resolved one way or the other, asking players about the issue is unfair and puts them in a very awkward position. Surely, the wisest action would be for the ATP to advise the Media that questions regarding a personal legal case are strictly off limits. The players are here to play, not act as judge and jury on matters that are outside their scope of knowledge.

Meanwhile, another player returning from injury was Bulgarian Grigor Dimitrov, who won in a tight three-setter versus Marton Fuscsovics. Currently ranked 29, the former world number 3 started strongly in the first set but dropped his level with service errors creeping into his game in the second. More solid serving in the deciding set helped him recover, while conversely, service errors from his opponent enabled him to break to win the match 6-3 1-6 7-5.

Another fascinating match-up was 20-year-old local San Diego resident Brendon Nakashima taking on mercurial Italian veteran Fabio Fognini. Fognini is supremely talented but maddeningly inconsistent. Nakashima managed to retain his consistency amidst the chaos at the other end to win in three sets 6-7, 6-1, 7-5 in front of a partisan crowd. His reward? A showdown with top seed and world number 5, Andrey Rublev, who received a bye into round 2.

There were also several other Americans in action for the home crowd to cheer on. An all-American affair between Sebastian Korda and Tommy Paul ended with Korda victorious 6-3, 5-7, 6-1. Californian Taylor Fritz also won his match against the conqueror of August Holmgren in the qualifying, Salvatore Caruso, 6-4, 7-6.

Miami Masters 1000 winner Hubert Hurkacz came through his first-round match in straight sets, defeating powerful Aussie, Alex Bolt. However, it was not the end of the workday for Hurkacz, who had to dash off to Stadium 2 straight afterward to play a doubles match with his partner, former doubles world number one Marcelo Melo. Sadly, they lost a grueling encounter in the champions tie-break 13-11.

Hurkacz will play his third match in two days against Russian Aslan Karatsev, who may well be the dark horse of the tournament. Karatsev, who was a surprise Australian Open semi-finalist earlier this year, defeated Federico Delbonis in straight sets 6-1, 7-5.. The world number 24 is an impressive mover with strong legs and excellent shot preparation and will prove to be a difficult opponent.

Another lucky loser who got a reprieve was Kevin Anderson, but world number 22 Dan Evans just prevailed in two very close sets. A poor service game from the usually reliable big-server Anderson helped Evans to break for a 7-6, 7-5 win.