To be successful in any endeavor, a significant amount of time and deliberate practice must be invested. Tennis is no exception. However, having circled the globe myself several times training and observing some of the most elite players on the planet, it is abundantly clear that how practice sessions are structured, planned and executed are critical to the long-term success of the athlete.

Regardless of the player’s age or ability, it is important that both the coach and player begin their journey together by establishing clearly defined goals. Some players simply want tennis in their lives as a way to stay active and meet new people, whereas others want to master the game, win tournaments and become the best player in their town, state, country or even the world. With this in mind we must plan accordingly. There are a host of important factors to consider when planning and implementing a training session, but in this article, I will attempt to highlight a few key concepts that are ubiquitous amongst the world’s finest players. Coaches and players across the world would likely benefit enormously by keeping just some of these approaches in mind when pursuing tangible improvement. 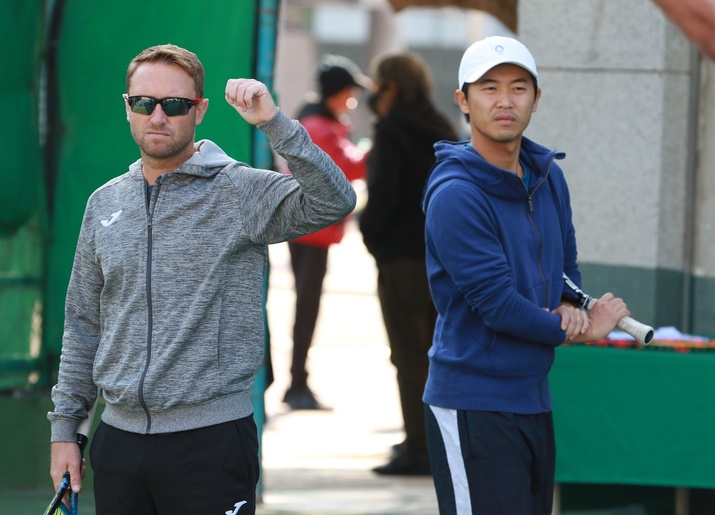 Technical training is crucial at all levels in order to perfect swings and master timing, but coaches and players alike often fail to realize that a stroke itself is empty without a feeling connected to it. Because of this, professional players often opt to train feelings rather than individually isolated shots as raising awareness of different sensations is far more beneficial than simply mastering one stroke from one position on the court. Far too often, players and coaches have a multitude of drills at their disposal but fail to establish exactly what it is they are trying to achieve. If a player monotonously practices and repeats just one specific stroke with one specific goal or target in mind, they will, in all likelihood see positive progressions. However, the perpetual challenge is to balance time investments with output yielded and so by practicing sensations, perceptions, dissociations and feelings, players may be more readily adaptable to a wide range of different scenarios having added a whole new skill-set to their ‘tool-box’. A good coach understands the human element of the game and teaches people tennis, rather than tennis to people.

When human beings learn complex skills such as playing tennis or learning a musical instrument they tend to look to external sources for feedback. ‘Was that movement correct’? ‘Did that sound right’? And so on. As levels of competency improve, the focus should become more internalized and rather than concerning ourselves with how it looked or sounded to an external presence, players should focus more on how it felt internally as this is something that resonates far deeper within us. The ‘4 stages of learning model’ clearly indicates that when one wishes to acquire new skills, they must progress through 4 distinct phases: unconscious incompetence, conscious incompetence, conscious competence and unconscious competence. High performance players are often described by onlookers as being able to make things ‘look effortless’ but this state is only achieved after passing through each of the aforementioned progressions, thus highlighting the importance of coaches and players cultivating skills that raise internal levels of awareness. A useful technique that can be employed to facilitate this process is using sounds connected to rhythms that are linked to specific movements, much the way pianists use metronomes, as this has been proven by the research community to have positive effects on developing an athlete’s internal locus of control.

An effective practice session should have a focus on all 4 of the following: Concentration, confidence, motivation and emotional control. However, many of us do create practices that have these concepts in mind but commonly overlook the importance of ‘decision-making’ tasks, which provide the foundations for not only a great tennis player but also a great competitor. Any drill or exercise that does not have a decision-making element to it is then relegated, by default, to a technical drill. Professional players are not only masters at controlling their bodies, rackets and the ball but are especially skilled ‘decision-makers’. Knowing when to hit harder not slower, higher rather than lower, shorter instead of deeper, attack as opposed to defend, slice in lieu of topspin and so forth are ultimately the keys to successful match-management. These skills are not innate to us when we are born, they are cultivated on the practice court and perfected through hours upon hours of laborious practice. Laborious practice that allows for self-decision making and accountability as opposed to ascribing to a mandated set of guidelines. This means fewer basket feeding drills, no ‘2 cross, 1-line drills’, and infinitesimal amounts of cross-court hitting because all of these almost completely remove the decision-making ability of the individual. Instead such drills should be modified to allow players the opportunity to develop these requisite skills. Watching the likes of Federer, Nadal and Williams practice up close shows how much of a premium they place on developing their own problem-solving skills as it is possibly the most important factor in creating an indomitable tennis player. 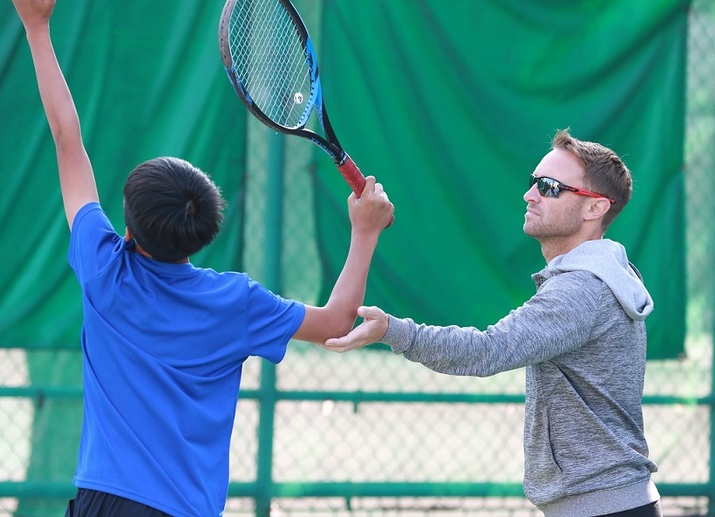 One of the most underestimated qualities of high-performance players is their ability to maintain extreme levels of relaxation when hitting. Having a relaxed body allows for efficient swings, consistent timing and repeatability which are all essential to performing at a high level. Additionally, it is critical to understand that to play ‘fast’ one must be loose as power=force x velocity, and so levels of relaxation are a direct precursor of speed. In today’s modern game the emphasis has become firmly focused on speed and power and aside from a few exceptions the modern day’s tennis players are leaner, taller and more flexible than ever which are all antecedents to power. Players such as Roger Federer, Novak Djokovic, Alexander Zverev and Karolina Pliskova are all prime examples of this cherished skill, yet I am sure all of us are familiar with the ‘weekend warrior’ at the local club who looks like he/she is swinging a hammer rather than a tennis racket! One of the simplest techniques one can use to improve levels of relaxation is to focus on breathing skills. Breathing while hitting helps create a relaxed body and also assists with accurate execution in times of pressure. Additionally, when trying to avoid the notorious symptoms of ‘choking’ it is imperative to remain mindful that the opposite of this phenomenon is ‘breathing’.

The psychological aspect of the game often receives a lot of attention but all too often ‘mental-gurus’ fail to provide us with specific ‘take-away’ messages. One key observation that can be seen amongst high level professional players is their ability to remain physically ‘loose’ but mentally ‘tight’. Not tight in a panicked manner but tight with regards to attention, focus and concentration. They never allow themselves to drift from the task at hand, or if they do it is brief in nature. Furthermore, they understand, by design or accident that the brain works in 2 primary ways: images and associations. Imagine trying to remember what you wore to the movie theater last week. You may have instantly accessed a memory in the form of an image where you can see exactly what you were wearing, or you may have had to think a little longer and other things may have leaped in to your mind that you then associated with what you were wearing. If you are cognizant of this concept you can see why all too often players who tell themselves to ‘not double fault on this point’ then proceed to do exactly that. Once the negative image was created, the self-fulfilling prophecy was automatically engaged and the undesirable outcome was experienced. The human brain is not comfortable producing images of intangible events such as ‘don’t miss this serve’ and instead performs far more efficiently when envisioning distinct images such as ‘hit an aggressive kick serve out wide’. Professional players are masters at visualizing what they want to happen and how they want it to happen, not what they don’t.

It is widely recognized that successful people in any industry or endeavor typically have high levels of self-discipline. During match and practice situations we all experience the internal ‘narrating self’ which is essentially our inner voice, and the external ‘experiencing self’ which is the tangible sounds, actions and expressions that we present to the ‘outside’ world. Elite performers in any domain have mastered their internal ‘narrating self’ and have successfully matched it with their external ‘experiencing self’. A conflict traditionally arises when we think one thing and do another. Renowned sports psychologist and New York Times best seller Jim Loehr researched extensively on this issue and posited that the key to success on and off the court was mastery of the inner voice. He frequently asked his students ‘if your inner thoughts were to be displayed at the bottom of the scoreboard underneath the score, would you be proud of what was being displayed or more embarrassed and disappointed?’ The best performers in the world have an extraordinary self-governing system. They are aware that anger is usually something that comes from past events whereas stress and anxiety usually derive from thoughts about future ones. Learning to self-regulate your own ‘inner voice’ and become your own best cheerleader will undoubtedly increase your mental fortitude in times of adversity. Throughout training sessions, professional players will use this time not just to work on their physical attributes but also on their cognitive and psychological ones. This is where the job of a good coach becomes paramount as they are able to insert themselves in to the players head at appropriately opportune moments and replace any negative self-talking with positive affirmations and concise instructions that begin to condition the player’s thoughts and emotions over time. Remember that a good coach makes a good player and a good player makes a good coach. 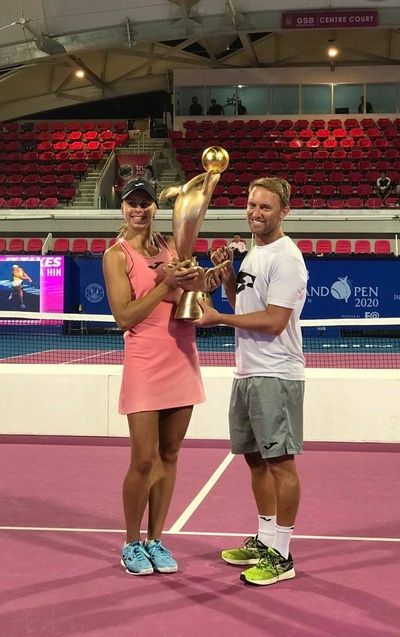 Practices should be structured in a way that are relevant to the player in question, utilize suitable drill progressions and obey generally accepted scientific principles. Players should be encouraged to evaluate themselves in 3 key areas during training sessions; concentration, relaxation and decision making, and coaches should focus on improving the ‘competitor’ and ‘performer’ in preference to the ‘player’ as a great competitor/performer will typically prevail over a great player in the long haul. Good coaches can improve strokes and understanding of the game, but great coaches can affect a player’s core beliefs, attitudes and values.