Thanks to grumpy mother nature, the following players who competed in the Saturday semis ran a mini-marathon Friday. In a single day, they played both their 3rd round and quarterfinal matches. That's catch-up tennis. Roger Federer recalled this was probably only the second time in his career this had occurred. He told the press he did not bother to bring his bags back home in between matches. Swiss efficiency - no time to waste while visiting his kids during a mini-break.

While this circumstance is less than ideal for players, the day session ticket holders at the Western & Southern Open won the jackpot. This was quite possibly the best Order of Play ever. 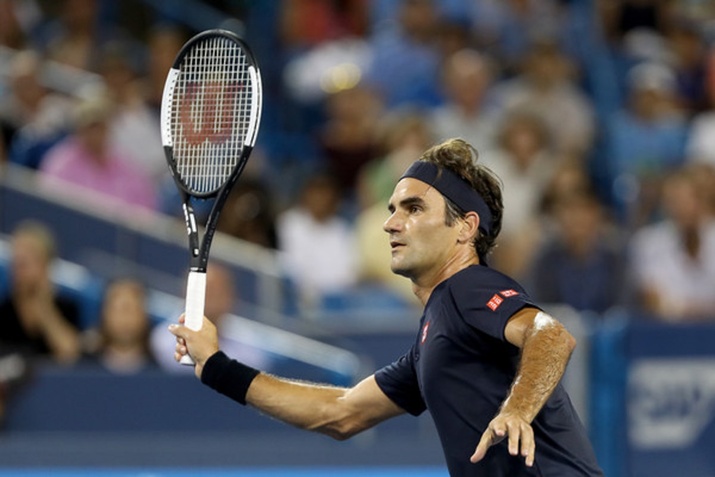 Despite a long journey to the semis, all of the players put on a great show. The only fallout was David Goffin who retired with a shoulder injury in the night match against Roger Federer. The retirement came early in the second after a very competitive 1st set breaker. A clearly disappointed Goffin spoke to press about concerns that began on Friday and did not respond well to treatment. Goffin was serving his “B” game clearly affected by the injury.

As the tight match against the Swiss wore on, his concern grew to where he knew he needed to stop and not risk further injury. Considering the freak accident he already suffered at Roland Garros, it was clearly not a risk he could take especially with the US Open around the corner.

Earlier in the evening, when Novak Djokovic spoke on-court following his win, he refused to discuss a predicted Federer final with Pam Shriver out of respect for Goffin. Roger also had words of praise for the Belgian, as well as in press, speaking about David's competitive spirit, speed, and agility.

The Djokovic-Cilic semi was high-quality despite a few unusual double-faults from Novak at key moments. In typical fashion, Novak did not back down and found ways to neutralize the big service game of Marin Cilic. The scoreline did not accurately reflect the story of a highly competitive match. Marin was moving well and found opportunities coming to net while Novak also delivered brutal passing shots. 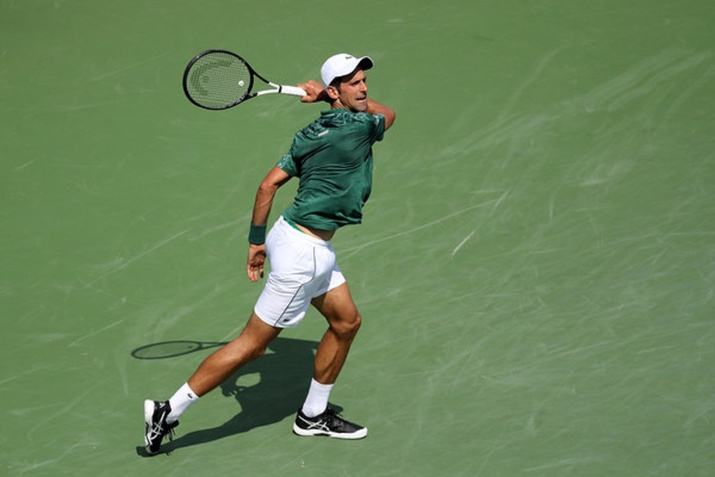 Take note: Despite the loss, Aryna has arrived.

Both WTA finalists are age 26, aggressive fighters with years of experience. One at the pinnacle, with her first slam title in hand, the other finding success with a clay title in Charleston. Halep, the WTA world number one is thriving in the top spot while her opponent is also taking flight this year meeting Petra Kvitova in the Mutua Madrid final.

Coming into the final, Bertens is ranked No.17 and finished at Wimbledon and Montreal as a quarter-finalist. On paper, Simona is the clear favorite but Bertens may be peaking just in time to end her run in Mason. Simona and Kiki have stood across the net from each other four times with the advantage to Simona 3-1. Both women have fought hard all week for the privilege of a final on Sunday. They take center court at 2PM for a chance to write the next chapter of their hard-court history.

Following the ladies and not before 4PM, Roger and Novak will square off for the 46th time. In addition to extending his narrow head-to-head lead over Federer, Novak has a chance to put the finishing touches on his trophy case. The Western & Southern Open title has eluded him somehow. Roger is a 7-time champion in Cincinnati looking to solidify another record.

What is apparent is both Roger and Novak have found a new dimension in their careers and lives with families now in tow as they travel the globe. Both seem relaxed and appreciative of the continued opportunity to compete with the best and are still hungry for wins. Perhaps there are minor chinks in their invincible armor, break points not converted, and occasional double-faults, but the core remains solid. Expect another long and perhaps epic final. Let's hope history repeats itself.

Note: Saturday was still a day for double-doubles on both tours and included the WTA Doubles Final.