Calm Before the Storm: Previewing Portugal and Munich

Small tournaments in Portugal and Munich this week mark a dip in the action separating mid-level events in Stuttgart and Barcelona from the marquee event in Madrid.  Rather than a quarter-by-quarter draw breakdown, here are notes on some of the more notable figures to watch in these modest fields. 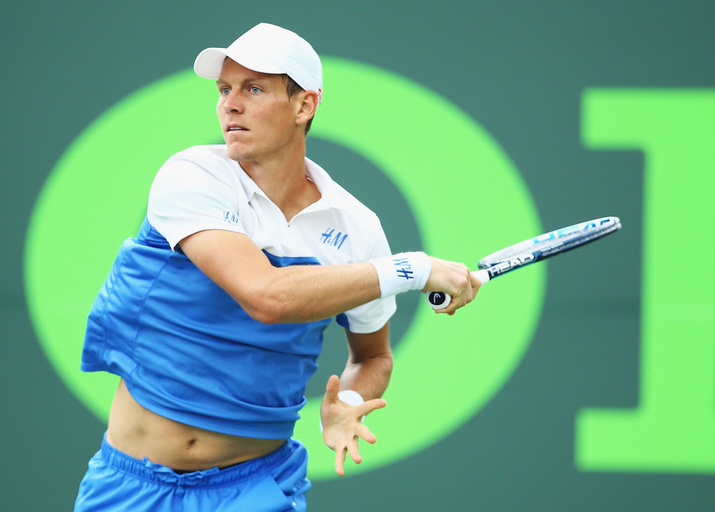 Tomas Berdych:  Consistently solid on hard courts to start the season, Berdych suffered an early loss in Monte Carlo and didn’t enter an event last week.  His decision to enter Portugal as the top seed thus makes sense, allowing him to find his clay footing against lesser competition.  A former Roland Garros semifinalist, Berdych has the power to hit through even the slowest surfaces, so a confidence boost this week would make him dangerous at the altitude of Madrid.

Milos Raonic:  The Canadian is the only man other than Roger Federer and Novak Djokovic to reach the quarterfinals at every Masters 1000 tournament this year.  He impressed in Monte Carlo by cruising past a clay specialist in Tommy Robredo despite a game designed for fast surfaces.  Raonic has won only one title on a surface other than indoor hard courts, but he won’t face any elite dirt devil in Portugal.

Fabio Fognini:  It’s hard to know what to expect from the top-ranked Italian man, who appeared to tank a third set in Monte Carlo and retired under dubious circumstances in Barcelona.  Fognini needs to emerge from his doldrums before squandering much of the season on his best surface.  He reached five straight clay finals between last summer and this spring, including an ATP 500 title in Hamburg.  The top seed in Munich hopes to continue his German success.

Tommy Haas:  Not since Indian Wells has Haas taken the court, struggling for much of this season with a shoulder injury.  Age finally may have caught up with the 36-year-old German, who has played much of his best tennis on home soil.  The defending champion there, Haas has won no other clay title in the last decade.  He holds the second seed in a section with few men more confident on the surface than he is. 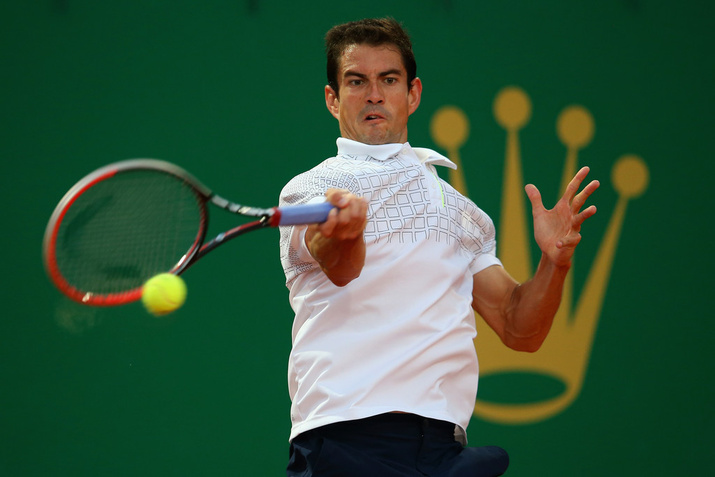 Guillermo Garcia-Lopez:  The man who conquered Berdych in Monte Carlo might pose his most dangerous pre-final test in Portugal.  A journeyman for most of his career, Garcia-Lopez claimed an unexpected title in Casablanca when the clay season began and took a set from Djokovic in Monte Carlo.  He also owns victories over Rafael Nadal and Andy Murray, proving his ability to ambush the elite.

Gael Monfils:  After a torrid start to the season, the fourth seed in Munich is just 5-5 over his last 10 matches.  His seamless movement and spectacular defense can shine on clay, as a Roland Garros semifinal appearance showed.  But questions regarding his fitness resurfaced in Bucharest last week, when he retired in the first set against Grigor Dimitrov.

Teymuraz Gabashvili:  His top-50 debut arrives as a reward for a stunning upset of David Ferrer in Barcelona.  That victory was arguably the best of Gabashvili’s career, much of which has been spent at events below the ATP level.  As a seeded player in Portugal, he eyes an opportunity to rise further.  The irony is that Gabashvili’s ball-bruising style should reap fewer rewards on clay than other surfaces.

Carla Suarez Navarro:  Another player looking to bounce back from a retirement last week, Suarez Navarro holds the top seed at the women’s event in Portugal.  The Spaniard with the florid one-handed backhand upset top-10 foe Angelique Kerber in Stuttgart last week, however, before injury overtook her.  She never has won a WTA title despite maintaining a top-20 ranking, so a small event on her favorite surface offers a golden opportunity that won’t come often.

Eugenie Bouchard:  The brassy Canadian prodigy has honed a game designed for hard courts, but she took a wildcard into Portugal as the second seed.  Still growing into her mature self, both physically and emotionally, Bouchard may lack the clay technique to mount a deep run.  Nevertheless, the demands of this surface may open an intriguing window onto her poise in adversity.  She faces an intriguing opener against Alisa Kleybanova, who rejoins the top 100 this week.

Svetlana Kuznetsova:  A former Roland Garros champion, Kuznetsova showed flashes of her former self on the indoor clay of Stuttgart.  She knocked off world No. 5 Simona Halep despite lacking match practice in a season plagued by injuries.  Kuznetsova adapts to clay better than many higher-ranked opponents, so she could notch more upsets this spring.  But the Russian must avoid playing down to the level of lesser competition, an area where she has struggled. Lucie Safarova:  Nobody came as close to ending Maria Sharapova’s perfect span in Stuttgart than Safarova, who battled the eventual champion for three and a half hours there.  Like Kuznetsova, Safarova tends to produce her best tennis against the best opponents while lacking the steadiness to keep unheralded foes at bay.  She has improved recently in that regard, though, dropping only one match since early January to a player outside the top 10.

Roberta Vinci:  Perhaps she can gain inspiration from the Stuttgart semifinal run of doubles partner Sara Errani.  Vinci certainly needs to find confidence from whatever source she can at this stage, having won just three matches in 10 tournaments and a Fed Cup tie this year.  The soft draw in Portugal gives the fourth seed a chance to collect herself before points start tumbling off her ranking.