Breaking Down the Sloane Stephens Forehand

There is a perception on the women’s tour that Sloane Stephens’ forehand is a weapon.  But when your weapon consistently falls into negative numbers in relationship to unforced errors, how strong can that weapon be?  It may be time for Sloane to retool her forehand. 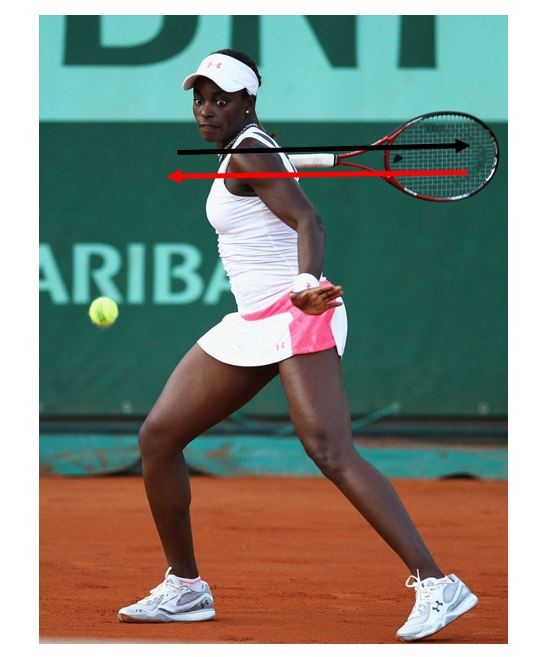 In the picture, Sloane Stephens’ racket has traveled nearly five feet on the wrong side of her body.  The challenge for Sloane is her forehand swing does not match the court she plays on.  Sloane is right-handed, and her racket is on the left side of her body.  She will need to correct this by bringing the racket back five feet so the racket will be on the correct side of her body where she will be contacting the ball.   At this point, she has increased the size of her swing 10 feet longer than it needs to be.  To give an example of how extremely large this is, a basketball hoop is 10 feet off the ground.  Sloane has 10 feet of swing that is unnecessary.  This makes it very difficult for her body and racket to stay in sync, which is a critical aspect of hitting a clean, powerful ,and consistent ball.

Let’s now take into consideration the dimensions of the court.  The court is 78 feet long but only 27 feet wide.  That means it is almost three times longer than it is wide.  When a player’s racket travels behind them horizontally it is more difficult to convert the racket to a vertical (low to high) swing path, which is needed to hit topspin .  Sloane’s swing utilizes more the width of the court (27 ft) rather than the length of the court (78 ft), whereas Serena Williams' swing, for example, is much shorter and more vertical.  Put your money on Serena hitting a better ball because her hitting zone (the length of time a player's racket is in the proper position to contact the ball during the swing) is longer than Sloane’s because she has a shorter vertical swing path.  In the photo below, it is clear how much shorter Serena’s backswing is than Sloane’s.  Granted, these are still pictures vs. video, but I have gone to great lengths to use photos where the swing is at its furthest in the back and the photos are shot from basically the same angle. 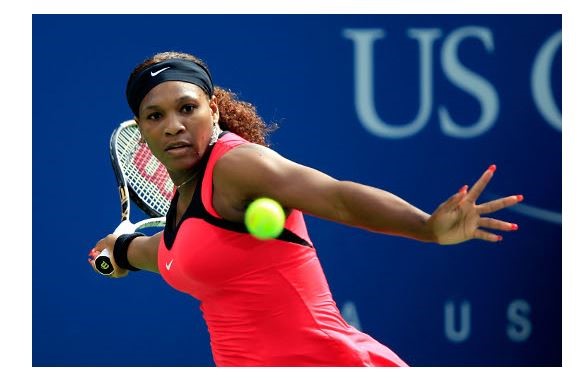 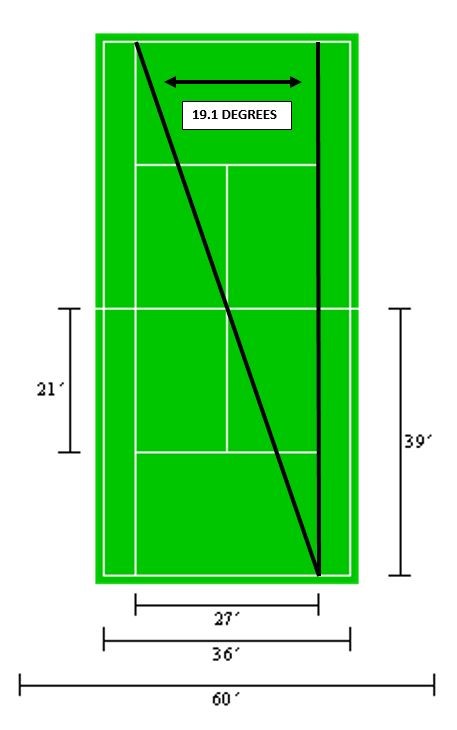 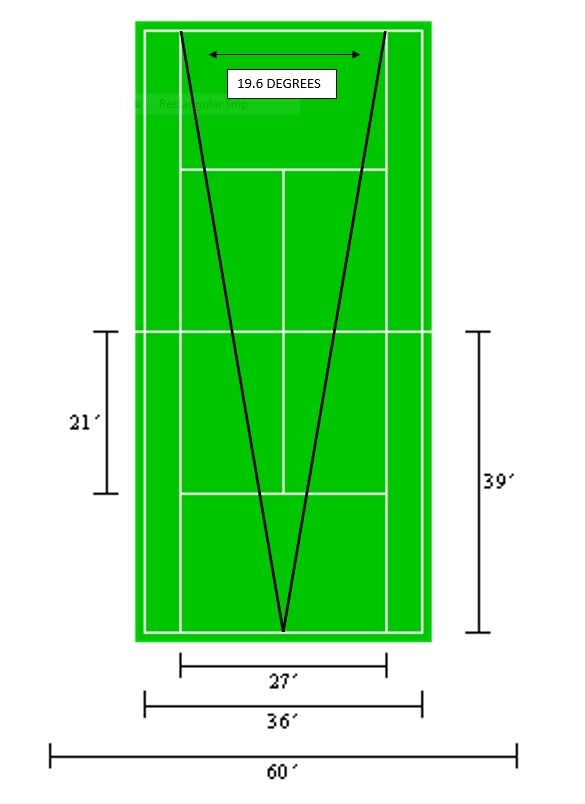 Sloane may be every bit the athlete that Serena is, but she is not in the same universe as Serena when it comes to the efficiency of the swing.  If a player is more athlete than tennis player, that player will never maximize their ability. Fortunately for Sloane, there are very few Serenas in the game with the skills to match the athlete, so against a lesser professional player Sloane can find ways to win matches.  There is no question Sloane could make the needed changes to maximize her ability, but she would need someone in her camp who could guide her through the process.

In researching Sloane’s game, I found seven matches that were charted on the web site tennisabstract. com.  Looking at the number of forehand winners vs. forehand unforced errors in these seven matches there was only one match where Sloane broke even. She had exactly 17 forehand winners and 17 unforced forehand errors, and she won the match.  In the other six matches, Sloane averaged eight forehand winners and 17 unforced forehand errors.  This means she had two errors for every winner, a tough way to win matches. She defeated Elina Svitolina, Aleksandra Wozniak, and Chanelle Scheepers with those statistics but lost to Serena Williams, Victoria Azarenka, and twice to Simona Halep.  She is beating the people she should beat but falling short against the top-tier players who she must beat to win tournaments.   It is worth noting Sloane has yet to make a WTA final. 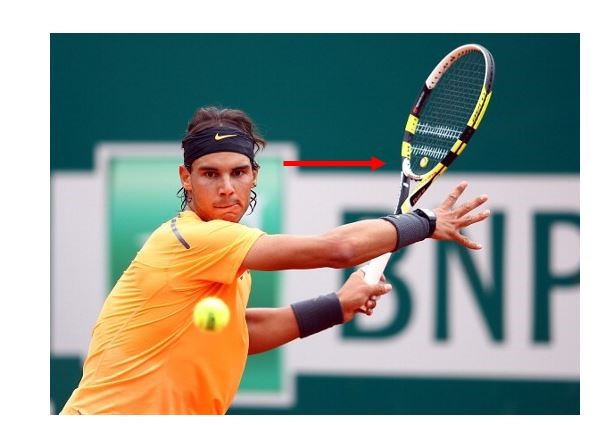 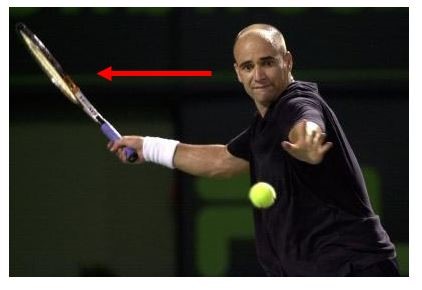 If one goes through the history of some of the great men and women players (Steffi Graf, Justine Henin, Venus Williams, Serena Williams, Pete Sampras, Andre Agassi, Roger Federer, and Rafael Nadal) who have dominated the game and you compare their forehands, you will discover that they all have a very compact backswing.  A few years ago in a web conference with famed tennis coach Vic Braden, I asked Vic who he thought was the greatest player of all time in the women’s game, and without hesitation he cited Serena because of her incredible skills. That selection was a product of Vic Braden’s 55 years of technical research.

Sloane needs the skills of the great players if she hopes to make her mark in tennis.  In my opinion, if this does not happen she will be swallowed up by the game and forgotten.  Sloane is 22 years old, and her best year in the majors was 2013.  In 2015, she started off with a first-round loss against Azarenka in the Australian Open.  Players by this time have figured out her game.

Arguably, her best surface is hard courts.  In 2013, she made her way to the semifinals of the Australian Open.  The consistent bounce of the hard courts at the US Open and Australian Open is going to give her the best chance to zero in on her forehand.  The high bounce at the French Open puts the ball in an uncomfortable contact point, and the horizontal swing hates the high ball.   The quick pace of Wimbledon won’t be a friend to Sloane either because of the speed of the ball coming off the grass.  Fortunately, the grass plays slower than in the old days, but it is still too quick for the extra 10 feet she has in her swing.  So look for Sloane’s star to shine during the US hard court summer season.

Jim Klein is the founder of the Jim Klein Tennis College established in 1995 at the Doylestown Tennis Club in Doylestown, Pa.  Jim attended Tyler Junior College (1984 – 1986) the first college to offer a degree in the Science of Teaching Tennis.  He is a Vic Braden trained pro.  Jim credits Steve Smith and Vic Braden for his core base of tennis knowledge. To contact Jim: physicsof10is@gmail.com