Australian Open: Thiem Battles Into The Second Round

In his first grand slam tournament match since winning the US Open title and removing the label “best player to have never won a major”, Dominic Thiem battled past Mikhail Kukushkin 7-6, 6-2, 6-3 in the first round of the Australian Open.

It began a little shaky for the Austrian, who was pushed to the limit in the opening set by the native of Kazakhstan. Thiem took the 33-year-old's best shot who held a set point late in the set. However, that advantage evaporated after Thiem forced a tiebreak and gained control winning 7-2.

The first set result appeared to temporarily take the wind out of Kukushkin's sails as Thiem controlled play in a workmanlike manner in the second set. 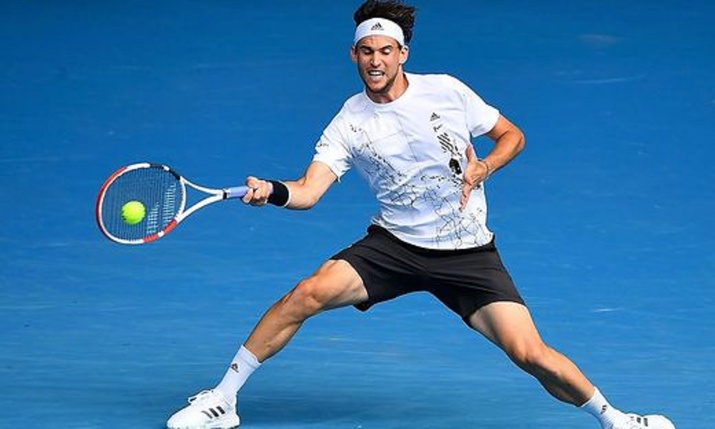 With players working through quarantine, fitness has been a point of concern for some coming into the Australian Open. Kukushkin looked as though he hit a wall at times in the second set as Thiem ripped passing shots from both wings and the physicality took its toll. Despite this, Kukushkin continued to battle.

The 2020 Australian Open finalist quickly gained a service break in the third set and took control. But Kukushkin would muster enough energy and fight to give one more run, but that was quickly thwarted by Thiem's precise groundstrokes while Kukushkin's unforced errors piled up. Thiem would finally put him down for the count.

“There are not many guys left who I haven't faced on tour so that was really interesting. He is really experienced having played the fourth round here. I think he likes the conditions it's way faster and the first set was super challenging. A break down I think I saved some set points. In general I am very happy to be back and have a successful first round,” Thiem said post-match.

The three-seed looks to be the strong favorite in his portion of the draw moving forward. He will face the winner of the Dominik Koepfer/Hugo Dellien match in the second round. Dellien is a lucky loser in the draw.