Arrivederci Roma: Studs and Duds from the Foro Italico

The last significant non-major on the Road to Roland Garros unfolded in the classic setting of the Foro Italico. Lacking the altitude of Madrid, Rome offered useful preparation for French Open contenders and an opportunity for dark horses to move up the rankings before the seeds are set. The cast of characters who shone this week largely differed from the highest performers in Madrid. 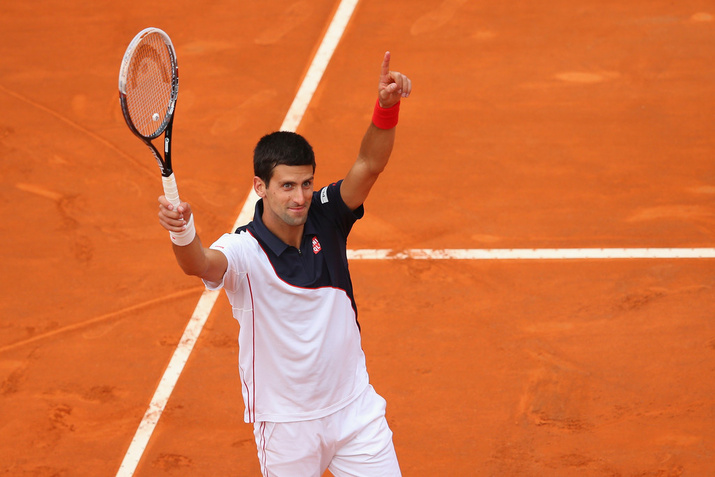 The champions:  Their paths to this coveted title could not have contrasted more starkly. Spending eight hours on court over the last three days of the tournament, Novak Djokovic won three consecutive three-setters against top-10 opponents. Djokovic rallied from losing the first set in three of his five matches this week, showing no lingering effects from a wrist injury. He delivered the most convincing statement imaginable of his status as a Roland Garros contender, toppling Rafael Nadal in a hard-fought final for his fourth straight victory over the world No. 1. The Serb has won his last seven Masters 1000 finals and won five of these events on three different surfaces since the US Open. Paris will pose new, different challenges, but Djokovic couldn’t have asked for a better way to launch his latest quest for a career Grand Slam. The No. 1 ranking also now lies within range.

Defending a red-clay title for the first time, Serena Williams strolled to the Rome crown with minimal ado. She lost only one set in five matches, lost more than five games in only one match, and never played a set longer than nine games. Even her lone three-setter, a semifinal against Ana Ivanovic, never had the feel of a potential upset as Serena started and ended it with emphatic breadsticks. She remains undefeated on red clay, once her worst surface, over the last two years and will travel to Paris as the clear favorite for another title defense.

Rafael Nadal: The world No. 1 spent most of his week seemingly hanging by a thread, buffeted by a string of players who never had threatened him on clay before. Nadal needed nine hours simply to survive the quarterfinals, and yet he came within three games of capturing his eighth title in Rome. An ancient gladiator would have saluted this competitor who relishes the struggle of his sport for its own sake and digs into the trenches with a ferocity that never dims. While Nadal was forced to leave Rome with a moral rather than tangible victory, those types of victories can matter just as much ahead of the test of will in Paris. If this fallible version of Rafa nearly conquers Rome, woe betide the field if he finds his vintage clay form.

Serbian women:  Much of this week felt like a throwback to 2008, when Serbs soared to the summits of both the men’s and the women’s games. Both Ana Ivanovic and Jelena Jankovic scored impressive upsets in Rome, Ivanovic halting a seven-match losing streak against Maria Sharapova and Jankovic halting a five-match skid against Agnieszka Radwanska. Each of them carved a path to the semifinals, where Ivanovic even took a set off Serena. The former Roland Garros champion has won more clay matches already this year than in any season since her 2008 prime, advancing deep into all three of the marquee clay non-majors in Stuttgart, Madrid, and Rome.

Italian women:  Most of them may have exited the Foro Italico before the quarterfinals, but they gave their compatriots some reason to cheer. Former Roland Garros champion Francesca Schiavone used her veteran cunning and surface craft to blunt the power of rising star Eugenie Bouchard. Almost the opposite of Schiavone, the brash power-hitter Camila Giorgi knocked off a top-10 opponent in Dominika Cibulkova despite a game seemingly antithetical to clay. Flavia Pennetta has swooned understandably since Indian Wells, yet she recorded two solid victories. 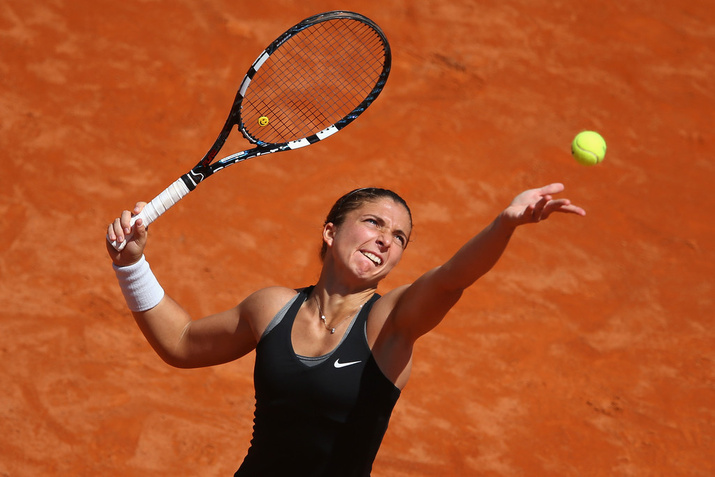 But the top-ranked Italian appropriately was the last woman standing from the home nation. A semifinalist in Rome last year, Sara Errani became the first Italian woman to reach the final in Rome since 1985 and only the second since 1950. She had not defeated a top-10 opponent this year before scoring consecutive upsets over world No. 2 Li Na and Jankovic. Errani’s high-percentage style reaped rewards on one of the slowest surfaces in the sport, carrying her to arguably her best result since her Roland Garros finals appearance in 2012.

Milos Raonic:  Most monochromatic games centered upon massive serves do not produce consistency at the highest level. Defying that trend this year, Raonic has reached the quarterfinals or better at four of the five Masters 1000 tournaments. He still has not defeated Nadal, Djokovic, or Roger Federer, but a three-hour semifinal against Djokovic in Rome showed the threat that he poses even on his least favorite surface. Raonic pounded 17 aces and 51 winners past one of the best returners and defenders in the ATP. If he can stifle even Djokovic for long stretches, nobody should feel comfortable facing him.

Grigor Dimitrov:  He celebrated his first Masters 1000 semifinal appearance with a face pie from coach Roger Rasheed, a moment that captured the playfulness of both men. Dimitrov earned his breakthrough the hard way by reversing a loss last week in Madrid to Tomas Berdych. Showcasing his competitive stamina, he dominated the second and third sets against this top-eight opponent after losing the first set in a tiebreak. The listless loss to Nadal was disappointing considering his history of challenging the Spaniard, but it shouldn’t overshadow the larger picture of Dimitrov’s steady rise.

Zhang Shuai: Ever wondered what Chinese tennis would look like after Li Na? So far, Zhang is the most plausible answer. She had achieved little at meaningful tournaments until this week, when a debut in a Premier Five quarterfinal came out of nowhere. Like Ivanovic, Zhang impressed not only by upsetting a top-eight opponent (Petra Kvitova) but by following that upset with a win in a match where she was favored. She lacks many weapons and seems to have a limited ceiling, but it’s reassuring to see an Asian player other than Li find even limited success.

Madrid women’s finalists:  Her plucky attitude and ability to slug it out with much bigger, stronger women makes Simona Halep easy to support. A pattern has become clear, however. After winning a Premier Five title in Doha earlier this year, Halep retired in her first match at the next tournament. After reaching a Premier Mandatory semifinal at Indian Wells, she withdrew from Miami. After reaching a Premier Mandatory final in Madrid last week, she issued a walkover one match into Rome. Halep injects so much energy into every match and plays a game so much bigger than her body that durability issues may dog her forever. 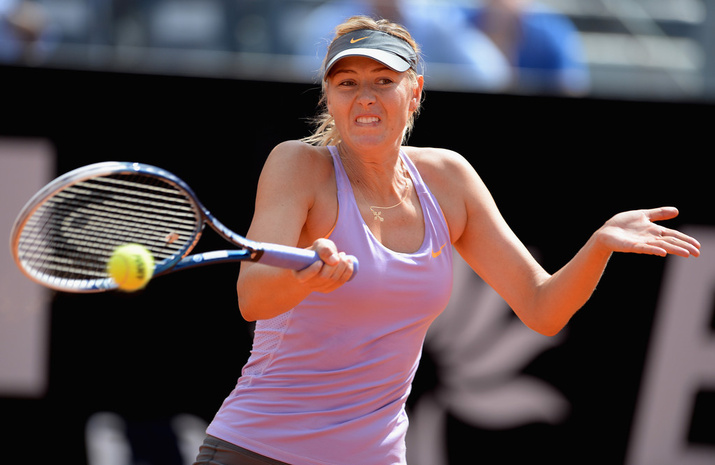 Maria Sharapova could and probably should be excused for coming up flat a week after winning a marquee title in Madrid, the scene of some largely Serena-induced frustrations for her before. That said, her outstanding record on Rome and on clay in general over the last three years did not prepare viewers for a resounding third-round defeat. Not since 2011 had Sharapova lost on this surface to anyone other than Serena, but she often looked like her pre-2012 self against Ivanovic.

Madrid men’s surprises:  Two weeks ahead of Roland Garros, Kei Nishikori smartly took no risks with his back injury and withdrew from Rome after retiring in the Madrid final. Also somewhat predictable were the stumbles suffered by quarterfinalist Santiago Giraldo, who retired in his first match after wins last week over two top-15 opponents, and semifinalist Roberto Bautista Agut. This intriguing Spaniard never fully regrouped from eating a first-set bagel in his Rome opener that surely owed something to fatigue from Madrid.

Stanislas Wawrinka:  He will head to Roland Garros with early losses at both of the marquee May events in Madrid and Rome. This may not matter, for quick exits from Indian Wells and Miami did not prevent Wawrinka from recapturing his form with a vengeance in Monte Carlo. But he won’t establish himself on the same footing with the Big Four until he starts losing fewer of the matches that he should win. A faded Tommy Haas on his worst surface and Wawrinka’s best certainly qualified as one of those, especially once the world No. 3 won the first set.

WTA lefties beginning with K:  World No. 6 Petra Kvitova has lost her first match at four of nine tournaments this year. That mark looks embarrassing for a top-10 player, and it is, but it pales next to world No. 9 Angelique Kerber’s span of five opening-round matches in her last six events. Neither woman plays her best tennis on clay, so fans should keep their struggles in perspective. But nobody should be dismayed to land near them in the Roland Garros draw. 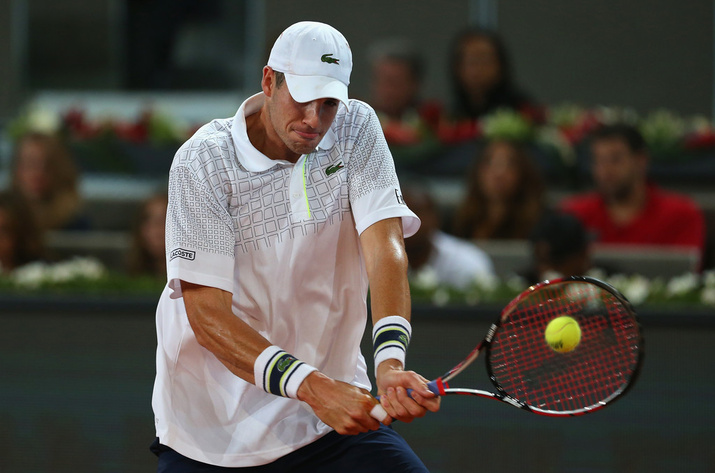 John Isner:  So little time did Isner spend in Rome that he was gone before Rafael Nadal had won Madrid. Fans can see his obvious limitations on clay just by looking at him, but there are elements of the surface (such as its high bounce) that should help him too. Someone who won two sets against Nadal at Roland Garros can do better than opening-round losses to Dustin Brown and Jurgen Melzer.

Fabio Fognini:  His bizarre spring lurched to another unsightly setback, this time a loss at his home tournament to clay-averse journeyman Lukas Rosol. Fognini has dropped his opening match at three of five events on European clay and collapsed after holding one-set leads at each of the other two. Of course, knowing this Italian’s penchant for the unpredictable, a dramatic run at Roland Garros might be on the horizon nonetheless.