Are You Tennis Tough?

Grit, guts, determination, desperation, resilience, mental fortitude, call it what you will, but finding a way to tap into a higher and more profound level of concentration, focus and execution are essential qualities of a successful athlete. Self-Image can be considered a determining factor when separating the good from the great. It is something that can be acquired over a long period of time or can even be attained in an instance either through a success, failure, or an ‘ah-ha’ moment. However, it is ascertained it is vitally important to realize that it is precious, fragile, and continually evolving.

My own defining moment as a tennis player growing up in England came at the tender age of just 15 years old when competing in a national tournament. It was the evening before the main draw of the tournament and the majority of the competitors were crowded into a tiny lounge area eagerly awaiting the release of the draw. As the head referee walked in and hurriedly pinned it to the wall, each of us scrambled to take a look and as I scoured the list up and down looking to see who would be my first victim, one of my fellow competitors, unbeknownst to him that I was standing adjacently, turned to his friend and said: “Man I am playing Mark Gellard, this will be a long match that guy gets every ball back!” There it was. That was my self-defining moment. I had my label and I liked it. From that point on I prided myself on being tough to beat, physically fit, and mentally stable and I wouldn’t stop when I was tired I would stop when I finished. I still vividly remember that defining moment and I continue to ‘wear’ that label as if it were a coat of arms (albeit in a somewhat different manner) as I now try to incorporate it into my coaching style. 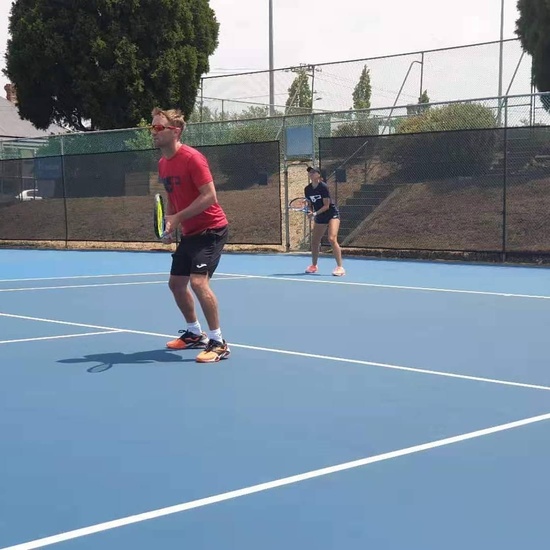 Maybe your ‘moment’ wasn’t as clear or succinct as mine and each of us has our own paths to travel but I would posit that defining one's self-image, how a person wants to be perceived by others, and what qualities you take most pride in are critical starting points. From Rafael Nadal to LeBron James, Tiger Woods or Serena Williams, one of the most undervalued qualities that all of these high-achievers possess is their ability to fight through adversity and effectively channel their energy into relevant areas. When each of us hears the aforementioned names we instantly associate them with a word, characteristic, or personality trait that we have been subtly influenced into thinking about each of them. Serena is fearless, Nadal is a warrior, Tiger is ruthless and LeBron is the ultimate competitor; none of these personas were achieved overnight but were laboriously established through consistent and deliberate practices. Playing with injury, dealing with bad calls, unruly crowds, obnoxious opponents and sub-par performances are just some of the perils athletes face, but for some reason despite all of these obstacles some ‘elite individuals’ are able to overcome them while others fall at the first hurdle. What is the difference and is resilience an innate quality or a learned one?

I personally believe that most things in life can be learned (in all honesty if coaches see it any other way then they effectively rule themselves obsolete). In today’s social climate image is everything and the importance of responsibility, accountability, and self-worth are of paramount importance. Nowhere is this more prevalent than in the business world where ‘job titles’ have become more impressive as scientifically controlled studies have repeatedly discovered their positive effects on individuals performance; ‘Garbage men’ are now referred to as ‘environmental hygienists’, ‘cleaners’ as ‘housekeepers’, ‘air hostesses’ as ‘cabin attendants’, ‘salesman’ as ‘customer service specialists’ and ‘nurses’ are now commonly referred to as ‘patient care assistants’. The pertinent point here is that one’s self-worth and therefore self-image are often defined by ‘labels’, self-imposed or otherwise. Giving people the opportunities to challenge themselves as well as continually grow is what drives human beings. In Dale Carnegie's bestselling book “How to win friends and influence people” he suggested that the two most important traits separating mankind from animals is the hunger to feel important and a desire to be great. Both of which are only achieved by exceeding the predetermined limitations of each individual.

Interestingly so many of us are open to change on a physical level, “John, you need to move your grip around more on your serve”, or “Wendy, we need to improve your strength and conditioning in the gym so that you can survive longer games, and yet we are seldom so willing to make the same mental and emotional adjustments. If a coach even suggests we need to improve our upper body strength and power in order to make the team or starting lineup many of us dash off to the gym to make the required physical improvements, but when asked to rethink or redefine our own morals, values, labels, and beliefs we are far less eager to do so.

The harsh reality is that most of us won’t make the necessary changes to succeed at the very highest levels simply because it’s hard to get comfortable being uncomfortable. Physical improvements can be made without the subject feeling as if they themselves are being personally attacked, but image related issues are personal and that’s where the ‘human condition’ is susceptible to errors in judgment and complacency. The 1% of the 1% who are able to attack their mental and emotional shortcomings in the same way that they attack their physical ones are the real success stories- the outliers.

For instances of real-world mental toughness and extraordinary human resolve look no further than David Goggin’s and James Lawrence. Often referred to as ‘the toughest man alive’, Goggin’s overcame extreme obesity, a broken knee cap, pneumonia, and multiple stress fractures to become the first and only man to complete navy seal training. Despite the grueling physical testing and daily discomfort by his own admission the mental stresses far outweighed the physical ones “Back in the day, what motivated me was overcoming myself, I just had to find different ways to stay in the fight, and while staying in the fight, it got me tougher and tougher and tougher.” 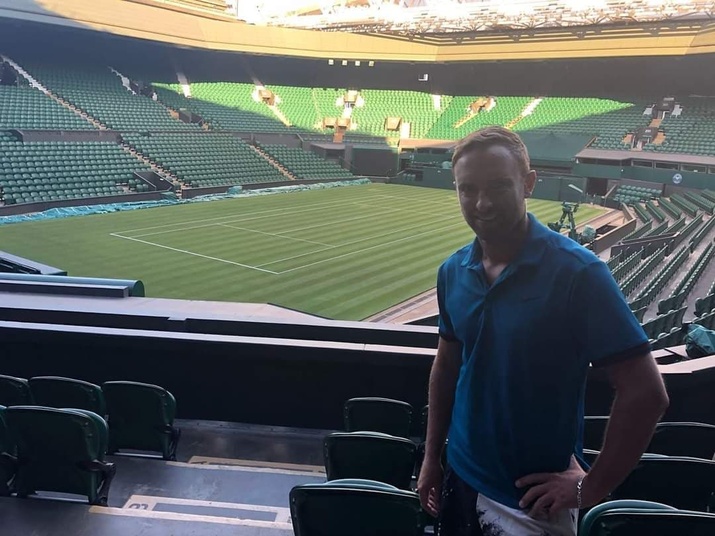 When James Lawrence (aka the Iron Cowboy) announced his plan to compete in 50 ironmans in 50 states in 50 consecutive days it seemed that the only person on the planet who thought this was possible was himself. A single iron man is considered a near-impossible human feat consisting of a 2.4-mile swim, a 112-mile bike ride, and a 26.2-mile run and yet he was able to convincingly complete his aggressive goal. Stories like these are aplenty which only serve as more and more evidence about the perseverance and capacity of the human spirit, will, and resiliency; the fundamental issue is finding the key that opens the lock to a whole new level of toughness that most of us have yet to discover. Coincidentally by setting this ambitious goal, he received the nickname ‘the iron cowboy’, a label which almost certainly furthers his own self-image and once again illustrates how the whole process is self-fulfilling.

Do not be mistaken, change like this takes time but with perseverance, you can make significant improvements to yourself on and off the court. Take the time to write out how you see yourself as a person and as a competitor and what areas you would like to improve. Furthermore, how you want others to perceive you e. g. as a hard worker, tough competitor, intelligent player or anything else that you believe to be a significant quality or characteristic associated with success. Regularly refine and adjust your areas to improve and evaluate your attitudes, behaviors, and habits to see if you stayed true to yourself. Watch videos of yourself in action whether it be on the soccer field, tennis court, or even while training, and take the time to objectively observe yourself with an ‘outsiders’ perspective. Do you portray someone whom you want to be?

Understand that as hard as you work every day, as much as you push through pain and suffering, and as much as you sacrifice in pursuit of your goal there is always a bit more you can give, a fraction more pain you can endure and a minuscule amount more you can withstand in order to achieve your potential and reach your destination. One thing is for certain, if you aren’t willing to do it then there is almost certainly someone else who is.