“Should we talk about my match, or just talk about Mauresmo?” came the question-cutting cry that flew straight out of James Ward's press conference on Monday after an endless barrage of questions on the news of the week. He attempted to continue his answer, but all that could exit his mouth was “I mean…” before descending into a speechless puddle of eye-rolling and head-shaking.

These days were supposed to be the best of days. Days of celebration. Days to rejoice because, at last, Andy Murray's chosen coach had been named: fellow two-time major champion and former WTA No. 1 Amelie Mauresmo. Two months and 21 days had passed between the announcements of splitting with Ivan Lendl and starting this new partnership, but who was counting? In that time, every last Murray sighting became an excuse to grill him on his prospective decision. Every reaction was analyzed to death. At the chucking of a name in his direction, anything from a shrug of his shoulders to that trademark high-pitched “Uhm” was noted. 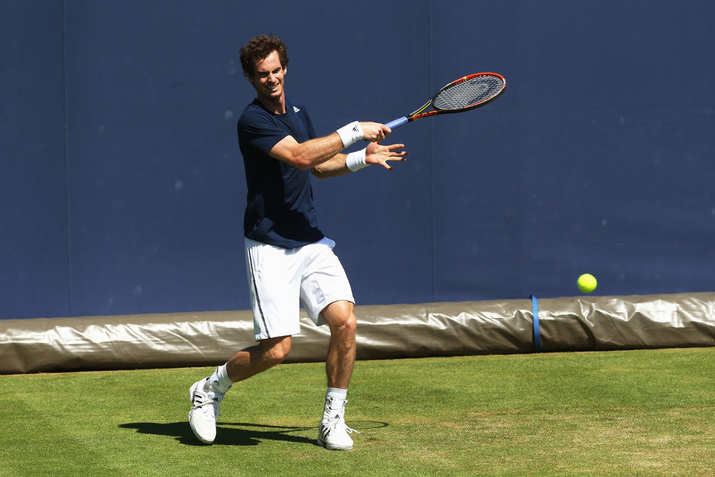 Through it all, every press conference became some kind of coach dodgeball. Good wins and abysmal losses befell Murray, yet both appeared to have little effect on the unrelenting barrage of coach questions. And yet, he answered every question as if it was the first.

Back in West London, the question swiped from the reporter's mouth by the lesser Brit was not a new one. On the transcript it reads: “Someone mentioned earlier about women allowed –”, the slashes denoting the precise moment Ward cracked and snuffed it out. There was one particular topic that set Murray’s compatriot off.

“Do you think it will be a problem for Amelie because she won't be able to go into the locker room?”

It has become a fixation. Other players were asked identical questions. Pat Cash too raised the locker room alarm. On the night news at the end of a long Monday, a newsreader recounted the sports story of the day, highlighting the “raised eyebrows” at Murray's decision before practically collapsing with shock at the thought of Mauresmo striding into the men's locker room. No one seemed to pay attention to the male coaches dotted around the women's tour. Heads had gone and madness reigned, but finally it was time for the man himself to speak.

“Obviously you can't sit down and chat in there, but there's enough places where you can chat,” Murray asserted. Sometimes I (talk tactics) the night before my matches, and then sometimes I do it 20, 30 minutes before I go on court when I'm normally in the gym, anyway.”

In total, Murray was asked nine questions. Seven were about his coaching decision. After explaining to an agog audience that, no, he actually does not sit in the locker room for 20 hours after every match until the next match arrives, he offered some interesting insight. He spoke about the differences between men's and women's tennis. The men's game has been serve-dominated with pacing essential for best-of-five matches, while the women's game is less structured by serve and more anarchic. He concluded that cross-gender coaching would be effective if both player and coach understood these differences. 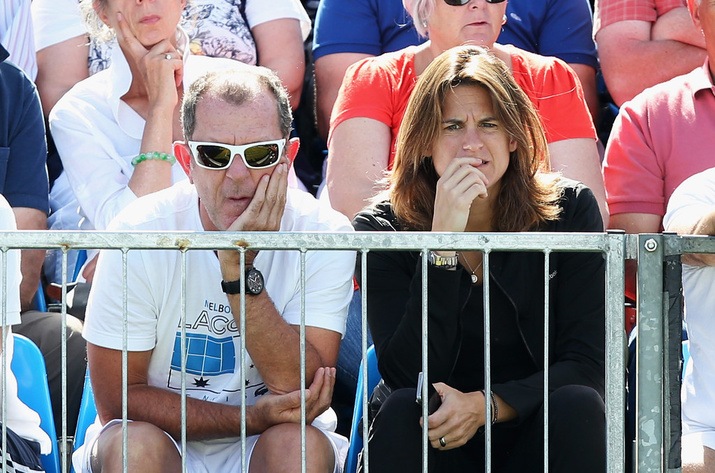 Earlier questions were raised over the suitability of a woman widely mentioned as a “choker”. Of course, Mauresmo overcame those ills to capture two Grand Slam titles, including Wimbledon, in a career path ironic in its similarity to her new charge. Moreover, her glittering resume as a player outshines the careers of almost every top male and female coach in a sport where most coaches led decidedly mediocre playing careers. It isn't particularly difficult to comprehend the exact reason why Mauresmo is held up to an impossible standard:  her gender.

The questions still haven't abated. It appears that the circus won't stop until every last detail is scrutinized and wrung out of this partnership in a way that nothing in even the uniquely scrutinized and wrung-out career of Murray has ever been done before. So, in answer to the question posed by Mr Ward, it would appear that we will be talking about Mauresmo. For now and for a long, long time yet.