Consistency in regards to Time Violation and Medical Timeout rules have been enthusiastically discussed over the years. And in 2016, they were once again hot topics as some claimed that gamesmanship by some players were bringing abuse to these rules, once again.

Riaan Booysen is an author and longtime tennis enthusiast. With the 2017 season underway, he offered thoughts and solutions he believes would improve these rules, creating more efficiency and fairness.

As this topic is perhaps quicker to discuss, I would first like to deal with a method to deal with medical time-outs, a rule which has been exploited to upset opponents on many occasions by some of the highest ranked players in the history of the game. Many players have been forced to take month-long breaks from tennis due to injuries, but tournaments do not wait for them to recover, no matter who they are. In my opinion, the same principle should apply during a match. When you are unfit to play during a match and a player has to take a medical time-out, the clock should simply continue ticking.

The proposal is that if a player is for some reason forced to take a medical time-out of whatever length, he will automatically, and knowingly, forfeit whichever number of points would have been played according to the normal run of play, at 25 seconds per point, 90 seconds per change-over and 120 seconds between sets.  In other words, if he is supposed to either serve or receive at a specific moment in time, but is not on court, he loses the point, the score moves on accordingly and is called out by the umpire as during normal play, until he is ready to play again. 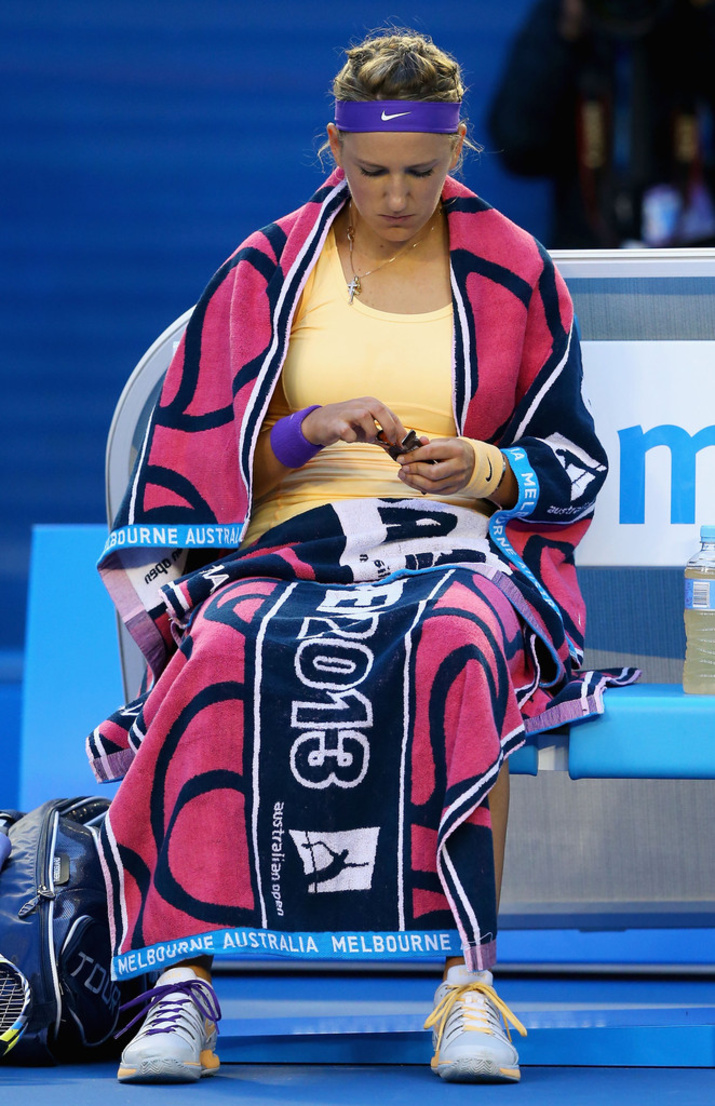 In her 2013 Australian Open semi-final match against Sloane Stephens, Victoria Azarenka served for the match at 5/3 in the second set but lost the game. She then took a medical time-out of nearly ten minutes, after which she broke Stephens and served out to win the match. Nadal has become infamous for his controversial use of medical time-outs to break the concentration of his opponent (e. g. against Federer in the 2008 Monte-Carlo final and against Petzschner during the 2010 Wimbledon tournament), while Djokovic has also done so on numerous occasions during his career (e. g. just before Murray was to serve for the 2012 US Open title). We tennis fans are not stupid. With this rule in place, I can imagine Federer, the Gentleman of Tennis, walking over to check whether his opponent is OK, instead of complaining to the umpire about his opponent’s very timely medical time-out.

Perhaps a more difficult problem to deal with is the serve time violation. A player has only 25 seconds from the end of a point to deliver his first serve and for many years a violation of this rule resulted in an initial warning, after which the player would lose the point for subsequent violations. As a result, repeated time violations were practically never penalized because of the impact it would have on the players and the outcome of the match.

In 2012 the ATP implemented what I regard as a brilliant solution to the problem, namely that for time violations following the initial warning, the server would merely forfeit his first serve. Sadly, this approach has for all intents and purposes proven to be completely impractical (in my opinion, at least). Typically the player at fault would explode after having received the first warning and I cannot recall personally ever seeing a player receiving that second warning which would have cost him his first serve, not to mention additional penalties. It also appears to be difficult for umpires to be consistent in when they call time violations, often leading to arguments between players and umpires. 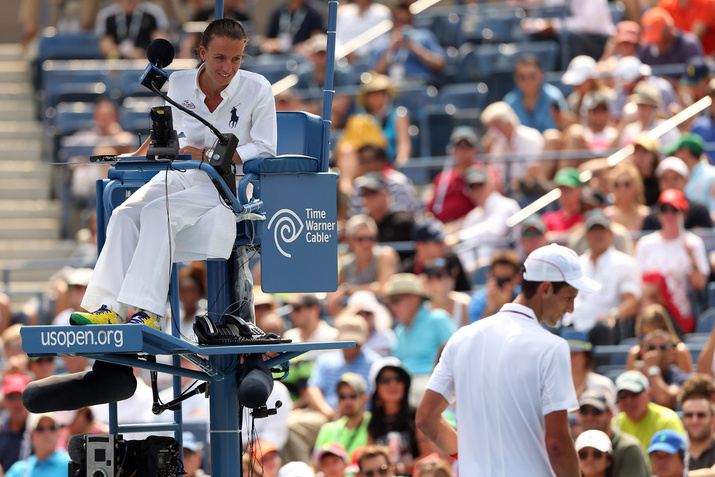 During recent televised matches I noticed that the ATP can display the average time it takes a player to serve quite easily and at any time. So why not do the following? For each player, continuously display, on the scoreboard, the average time he takes between first serves. Let an average time to serve below 25 seconds be displayed in green (or display the average time with a green light next to it), between 25 and 30 seconds in yellow or orange, and the moment a first serve is served which takes the average above 30 seconds, the display should turn red. The umpire is only allowed to issue a warning when the display has already turned red, i. e. for the next serve. This approach would have the following advantages:

1. The player is always in control of his own destiny. If his average is green and he arrives at a crucial point, he may take 50 seconds to prepare for his serve without being concerned about the umpire (it will, of course, push up his average, and one can set a limit which he is not allowed to exceed). He can work his average down again during later, easier points and build up a reserve for when extra time may be required.

2. When the display turns orange, he knows that he should hurry up, but he would still have no need to be concerned about the umpire, even when he is at an average of 29 seconds, which he can see on the scoreboard. He may just be in trouble if he should exceed the time-to-serve for his next serve, which may turn the display to red.

3. Once the display has turned red, the umpire would be completely justified (if not compelled) to issue warnings as is done at present, depending on the specific stage of the match. With modern technology the responsibility for calling the time violation could even be moved from the umpire with his stopwatch to an automated, computerised call (the sound of the first serve ball being hit can be recorded in time and if late, ‘Fault’ can automatically be called), with the umpire only being allowed to prevent it if required, as on match point, for example. That would remain the case until the player has worked his average back to at least orange. The average could be reset at the end of each set, or run continuously throughout the match.

4. For spectators, the display of average time to serve would add a little more spice to the match.

In 2017, there will certainly be instances in which these rules will be called into question, once again. But will it be enough to force a change to the existing rules? Stay tuned…