Sloane Stephens Discusses Her Upbringing In Her Family's Funeral Home 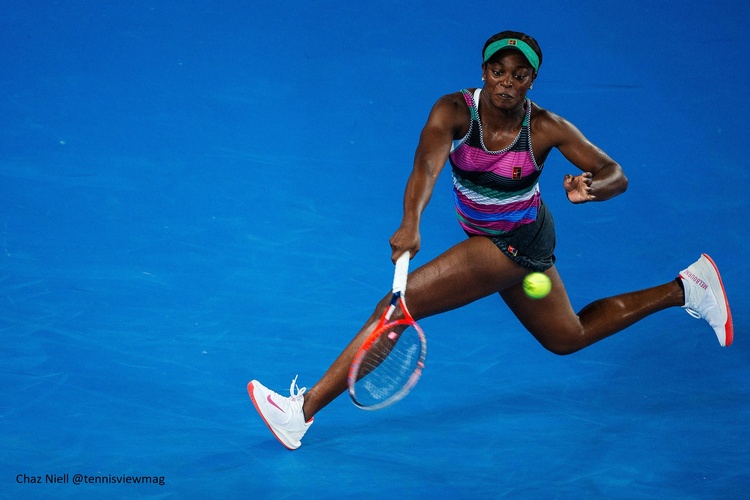 Sloane Stephens ousted Petra Martic 7-6(6) 7-6(5) to book her spot in the Australian Open fourth round for the first time since 2013, moving her to #2 in the live race and edging her ever closer to the top ranking. After her tense, battling victory, she discussed a distinct, fairly unknown fact about her life – her upbringing in her family’s funeral home.

Q. Sloane, in your last press conference, a journalist gave you a book about cremation, right? What was it like living in a funeral home business?

I don’t know, it’s pretty cool. Kind of a different outlook on life. Just to appreciate. I’m not allowed to work funerals anymore because I did it one summer, I went, and I was helping because he told me he’d pay me. And then when the families started coming in and they were like crying, I started crying, so he was like ‘you can’t work here anymore!’ [laughter] I was like ‘ok, this isn’t for me.’ But I think it gives you a food perspective on life and just appreciate your loved ones while they’re around and your family and stuff, so yeah it’s cool.

Q. Did it take you a while to adjust to seeing dead bodies?

I don’t think you get really used to it. But I’m really into bodies and cremation and I like that stuff, I’m really weird, it’s strange.

I like embalming and seeing the bodies! I like that type of stuff!  I don’t wanna dress the bodies, like I’ve had to do that and I don’t really like that. But it’s cool. Making them look nice for their families to see them one last time, it’s rewarding.