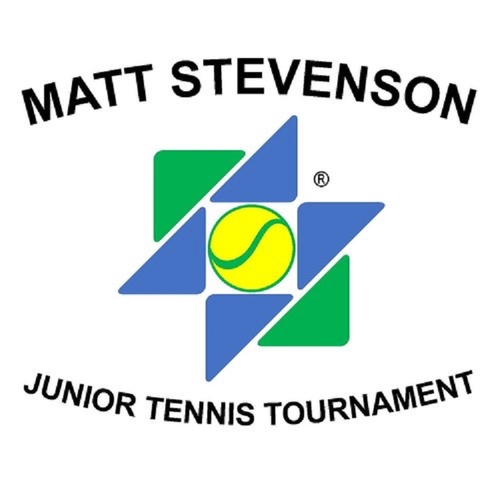 SAN DIEGO, Sept. 8, 2021 /PRNewswire/ – The ProtoStar Foundation announced today the launch of the Matt Stevenson Junior Tennis Tournament (MSJTT) Series – the first and only junior tennis tournament events in the country to promote the importance of mental health for adolescents. Inaugurated in 2019 in San Diego, the MJSTT is now expanding to New York and Washington, D. C., kicking off in San Diego this September during National Suicide Prevention Awareness Month. The series aims to address the national teen depression, anxiety, and suicide crisis by engaging adolescents through a sport they love and promoting dialogue and understanding of these issues.

As part of the series, the ProtoStar Foundation is collaborating with the American Foundation for Suicide Prevention (AFSP) to introduce The Power of Mental Health®, an awareness campaign that provides a forum to talk about depression, anxiety, and suicide prevention in a sensitive and inspiring way. The mission is to help adolescents understand the many aspects of mental health, including what it means to be mentally healthy and what positive steps they can take to achieve it. There will be tables at the tournaments providing practical information for the junior players on what signs to look for and where to get help. Parents and coaches can also sign up for online or in-person workshops conducted by AFSP.

Mental health awareness among adolescents is crucial today as the youth mental health crisis continues to grow in the U. S., exacerbated most recently by the pandemic. According to JAMA Pediatrics, 1 in 6 U. S. youth aged 6-17 experience a mental health disorder each year.1 We can't talk about mental health without confronting the issues relating to suicide, which occurs in the U. S. and around the world at an alarming rate. The suicide rate among children and adolescents between ages 10 and 19, according to the CDC, has risen by a staggering 56 percent from 2007 to 2016, and is the second leading cause of death for young people.2

“Depression, anxiety, and suicide are difficult topics to talk about both in sports and in everyday life, but they must be addressed,” said Gary P. Poon, President and Founder, ProtoStar Foundation. “This is a very critical time in mental health, and our hope is that the MSJTT Series and The Power of Mental Health campaign will help make this topic part of the conversation – whether on the tennis court, in the locker room, or around the kitchen table. Talking can save lives – the more comfortable we can get adolescents in discussing mental health issues, the more likely they will seek help when they need it.”

The MSJTT Series 2021, which plans to further expand, currently includes the following tournaments:

These tournaments are sanctioned by the United States Tennis Association (USTA). Players can obtain information about each of the tournaments and register on the USTA Tournament website by searching for “Matt Stevenson Junior Tennis Tournament” in the appropriate USTA Section (Southern California, Eastern, or Mid-Atlantic). In addition, the links to each Tournament are included on ProtoStar's website.

“Society today focuses on teaching kids to work hard and persistently pursue their passions, and this is emphasized even more in sports,” said Lisa Horowitz, Staff Scientist/Clinical Psychologist at the National Institute of Mental Health (NIMH). “Helping young people start these important conversations with trusted adults is a critical suicide prevention strategy. We need to help young people understand that being mentally healthy in life is different from mental toughness in competition. Seizing chances to talk to kids when they are engaged in what they love to do, like playing tennis, can help them understand that they aren't alone and help is available.”

About Matt Stevenson and the MSJTT Series
The inspiration behind the MSJTT Series came from the late Matt Stevenson, a young, generous, and passionate tennis professional who ran successful junior tennis programs in the Washington, D. C. area. Even while he was dealing with his own mental health issues, he still found room in his heart to help others. Before tragically taking his own life in 2017 at the age of 32, he had written extensively about his own mental health issues and had asked that kids be made aware of the importance of staying mentally healthy and to seek help if they needed it.

This MSJTT Series is one way to turn a tragedy into something that will hopefully have a positive impact. As Poon likes to say to all the people involved in organizing the MSJTT Series, “If we can make a positive difference in just one kid's life, the tournaments will be worth all the time, effort, and resources we are putting into them.”

1 Journal of American Medical Association (JAMA) Pediatrics, “US National and State-Level Prevalence of Mental Health Disorders and Disparities of Mental Health Care Use in Children”, (February 11, 2019).