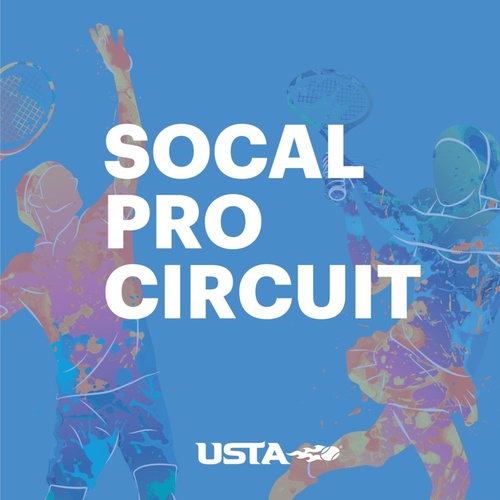 The SoCal Pro Circuit is a transitional tour designed to create a path to the pro ranks for up-and-coming professional, college, and high-level junior players (with all main draw and qualifying wild cards to each event going to American players from Southern California or attending university full-time in Southern California). The first three $15,000  tournaments – part of the ITF World Tennis Tour and USTA Pro Circuit – will take place in San Diego County, with the final three events in Los Angeles and Orange County.

“Southern California has a long history of producing some of the most celebrated tennis players in the game like Billie Jean King, Serena and Venus Williams, and Pete Sampras,” said Southern California Tennis Association (SCTA) President Bob Hochstadter. “We see the SoCal Pro Circuit as a way to keep this legacy alive.”

Hochstadter added that all the money for the circuit was raised locally by a blue-chip committee chaired by Christopher Boyer that included Paul Annacone, Lindsey Davenport, Peggy Michel, and Marianne Werdel. Major donations were made by prominent members of the SoCal tennis community including Bruce Kleege, Heliane Steden, Toby Crabel, and others. Wilson Sporting Goods and Crabel Investments are major SoCal Pro Circuit sponsors.

The SoCal Pro Circuit kicks off in San Diego County at the Rancho Santa Fe Tennis Club on Monday, May 30 with the finals set for Sunday, June 5.

The remaining dates include:

Organizers have announced the Tuesday of each event as “Media Day” where Southern California and tennis media will be invited to meet with players at the tournament site. Weekend semifinals and finals matches will be live-streamed and commentating will be done by Cracked Racquets and popular podcaster Alex Gruskin. Tennis Channel has also partnered with the SoCal Pro Circuit and will be providing coverage on their various digital platforms.

Each event will hold a pre-qualifying tournament with only Southern California residents and those attending college in the region eligible to enter and receive wild cards, which will be selected by a wild card committee. Former Oklahoma State player Megan McCray of Oceanside, Calif., won the first pre-qualifying tournament on the women’s side while College of the Desert freshman Marco Alvarez received a main-draw wild card for the Rancho Santa Fe event by winning the men’s side.