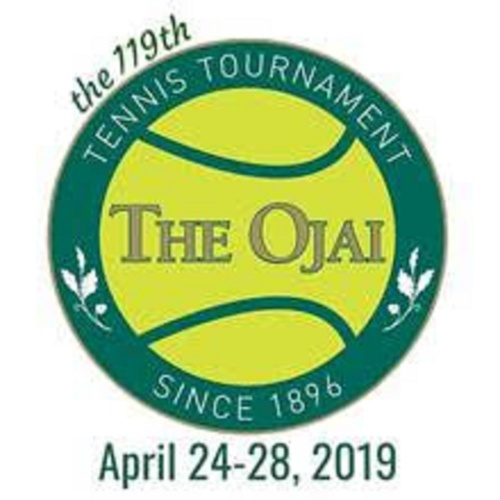 The Pac-12 Men’s Tennis Championships takes place at The Ojai this week for the eighth consecutive year. UCLA has won four of these titles, including last year’s, and USC won in 2012, 2015 and 2017. UCLA, USC and Stanford are seeded Nos. 1-3, respectively, at The Ojai this week and are ranked within the top 15 of NCAA Division I men’s tennis. These teams will open Pac-12 quarterfinal play in Ojai on Thursday.​

For the Pac-12 Men’s Championships bracket with matchups and match times, visit http://static.pac-12.com.s3.amazonaws.com/sports/tennis/pdf/2019%20Champ….​

The top two seeds at the Pac-12 Women’s Tennis Championships are 2018 NCAA Division I and Pac-12 champion Stanford and 2018 NCAA Division I quarterfinalist UCLA, which lost to the Cardinal in last year’s Pac-12 team title match at Libbey Park. Stanford has been the No. 1 seed every year since the Pac-12 Women’s Tennis Championships moved to The Ojai in 2016. Washington, USC and California are seeded No. 3-5, respectively, and rank within NCAA Division I’s top 15 schools, showing the tremendous depth of Pac-12 competition.​

For the Pac-12 Women’s Championships bracket with matchups and match times, visit http://static.pac-12.com.s3.amazonaws.com/sports/tennis/pdf/2019%20Champ….​

The Women’s Open singles bracket is buoyed by top seed Hanna Chang, of Fontana, No. 2 seed Mahak Jain, of San Jose, and showcases The Ojai’s 2018 Girls’ 18s champion, Eryn Cayetano, in the qualifying draw. She is a high school senior from Corona, will play for USC in the fall, and was The Ojai’s 2017 Girls’ 16s singles runner-up.​

Matthew Sah and Eshan Talluri from San Diego tennis factory Torrey Pines High School is considered the favorite in the CIF Boys doubles division. They will look to capture the Wightman Cup, first presented at The Ojai in 1910. Last year, the University of Texas-bound Talluri teamed with future Longhorns teammate Siem Woldeab to win the SoCal Sectionals 18s doubles title. He and Woldeab also earned a USTA Silver Ball in doubles in the 16s at the USTA Hardcourt Nationals in Kalamazoo, Mich.​

Sean Holt and Kai Brady (Palos Verdes), David Arkow and Jonah Dickson (Harvard-Westlake, North Hollywood), and Matthew Poh and Kyle Sillman (Mira Costa, Manhattan Beach) will also be among those competing for the CIF Boys doubles crown. While playing for Redondo Union last year, Brady made The Ojai’s CIF Boys final in doubles with Sundeep Chakladar. Holt is the younger brother of current USC No. 1 player Brandon Holt, and his mother is International Tennis Hall of Famer and past U. S. Open and Ojai champion Tracy Austin.​

2019 Tournament Honorees: Larry Scott and Steve Johnson. Scott, 54, has been the Pac-12 Commissioner since 2009. He previously served as chairman and CEO of the Women's Tennis Association (WTA) and as president and COO of ATP Properties, a division of the Association of Tennis Professionals. Once a captain of the Harvard University tennis team, Scott went on to play on the ATP Tour in the mid-1980s.​

History: Founded in 1896 by William Thacher, The Ojai is one of North America’s longest running and largest tennis tournaments. Many tennis greats played The Ojai, including Bill Tilden, Helen Wills Moody, Tony Trabert, Bobby Riggs, Jack Kramer, Stan Smith, Arthur Ashe, Billie Jean King, Pancho Gonzales, Jimmy Connors, Michael Chang, Lindsay Davenport, Pete Sampras and Mike and Bob Bryan. In total, 87 players who have competed at The Ojai have gone on to win Grand Slam tennis tournaments, and their names appear on the Wall of Fame in Ojai’s Libbey Park. The Ojai annual traditions include freshly-squeezed orange juice in the mornings and afternoon tea service for all spectators and participants.