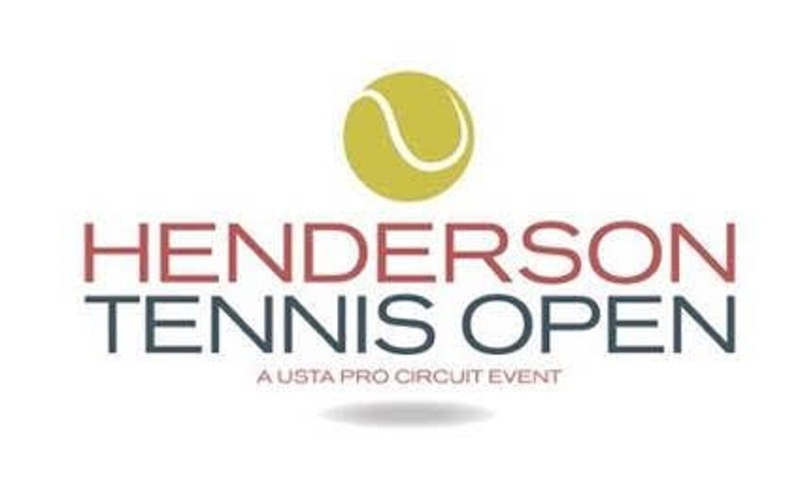 HENDERSON, Nev. (Nov. 4, 2019) – Top-seeded German Stephanie Wagner opened up play on Day 1 of the Henderson Tennis Open Monday with a convincing win during the first day of qualifying action at the event’s new site, the DragonRidge Country Club in Henderson just northeast of Las Vegas.

Formerly held in Summerlin, this is the 13th annual year women’s pro tennis has been on display in the Las Vegas area. Wagner beat American Joelle Kissell, 6-2, 6-1. Local Las Vegas wild card Naomi Cheong, a senior at Odyssey Charter High School, fell in her first round of qualifying in straight sets to No. 7 Marcela Zacarias. Cheong represents the No Quit Tennis Academy and is coached by former UNLV NCAA doubles champion Tim Blenkiron. She is also a member of Team Bryan, supported by Bob & Mike Bryan and the Marty Hennessey Inspiring Children Foundation.

“It was great day of tennis today out at the DragonRidge Country Club and you couldn’t have asked for a better weather day for tennis,” said Henderson Open tournament director JF Blais of the 75-degree sunny conditions with no wind. “The level of play was extremely high and we look forward to a great week of women’s professional tennis action.”

Las Vegas is the third of four consecutive women’s hard-court tournaments that make up the women’s side of the Challenge, which will award an American woman a main draw wild card into the 2019 Australian Open. The USTA and Tennis Australia have a reciprocal agreement in which wild cards into the 2019 US Open and Australian Opens are exchanged. The Challenge also included an $80,000  events in Macon, Ga., and Tyler, Texas, each of the last two weeks, as well as the WTA $125,000  Series event in Houston (week of Nov. 11).

The women’s wild card will be awarded to the American with the highest cumulative total of WTA singles ranking points earned from their best three results during those four weeks. Only Americans who do not earn direct entry into the Australian Open are eligible. In the event of a tie, the player with the best ATP or best WTA singles ranking on Nov. 19 will be awarded the wild card.