An appealing racquet for the advanced, all-court player 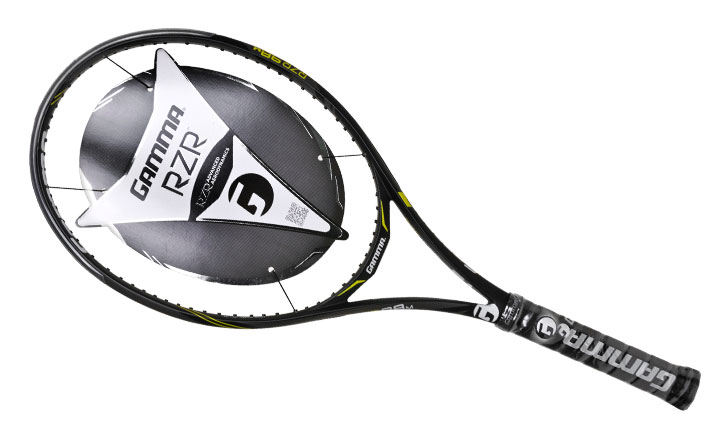 Designed to appeal to relatively advanced, all-court players, the new Gamma RZR 98M is lighter and more forgiving than the RZR 98T that Gamma introduced last year.  Even though the RZR 98M is lighter than its cousin, it still weighs in over 11 ounces strung, so it has plenty of heft and stays pretty stable even when returning shots with lots of pace or spin.

The RZR 98M's manageable weight and headlight balance results in a maneuverable racquet that can get through the hitting zone fast.  The extra maneuverability is great for players who like to finish points at the net and allows baseliners to easily adjust their strokes to add more or less spin as the situation demands.

Even though the RZR 98M doesn't have a trendy, super-open string pattern like other new frames, it can still generate plenty of spin—especially when it's paired with Gamma's new spin-boosting Glide™ Hybrid.  The RZR 98M is a flexible frame, but it still provides a surprising amount of power—although that may also be a product of higher racquet head speed through the hitting zone thanks to the racquet's low swing weight.

After adjusting to the RZR 98M and finding the range, I was able to hit from the baseline with plenty of depth and lots of spin.  Volleys felt crisp and the racquet offered good feel and response at the net.  I was able to control service returns and block returns deep or rip them when the opportunity arose.  The RZR 98M especially shined for me on serves; first serves found the box with plenty of pace and my second serves arrived with heavy spin and kick.

All-in-all, the Gamma RZR 98M is a very solid racquet that's great for advanced singles and doubles players alike.  It may be a little too light for players seeking a traditional-feeling frame in the 12+ ounce range, but for most players, the RZR 98M is a worthy option.  It's a versatile racquet that offers enough spin and power for the fast-paced modern game while still providing the precision that you'd expect from a control-oriented frame. –Ryan Woodring, Holabird Sports Product Specialist