ESPN’s New Docuseries “Serena vs. The Umpire” To Premiere 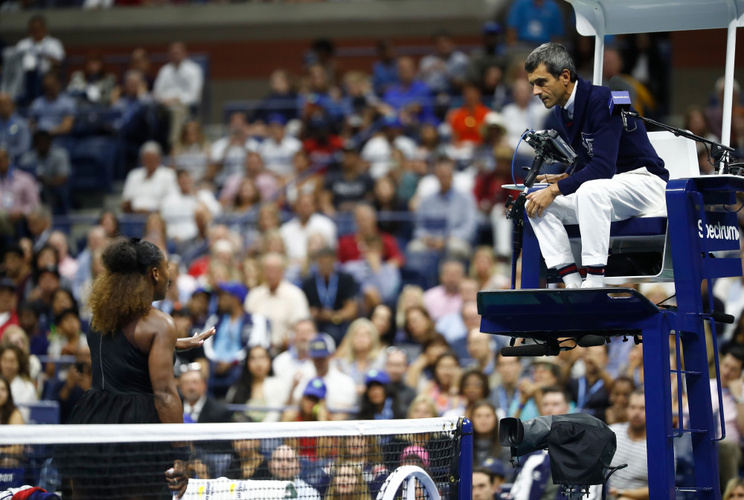 The story behind one of the biggest sports controversies of 2018 will be revealed in the debut episode of Backstory, a new ESPN documentary series featuring the investigative reporting of three-time Pulitzer Prize winner Don Van Natta, Jr.

“We’re exploring stories that are unresolved and have layers to them, and that’s certainly the case with what happened at last year’s US Open women’s final,” said John Dahl, Vice President and Executive Producer, ESPN Special Projects and Original Content. “With this and subsequent stories, viewers will follow along with Don on his deep dive for truth.”

In the premiere, Van Natta connects the dots on nine months of reporting to examine the saga of Serena Williams’ intense clash with chair umpire Carlos Ramos during her loss to Naomi Osaka in the 2018 US Open women’s final.

Seeking her record-tying 24th Grand Slam victory, Williams was assessed code violations that resulted first in a warning, followed by a point penalty and then the loss of a game after a heated argument capped by Williams calling Ramos “a thief.” With boos raining down, play was delayed before Osaka finished off Williams 6-2, 6-4 for her first Grand Slam title. The highly emotional awards ceremony afterward was marred by boos.

What transpired between Williams and Ramos triggered a firestorm of debate around the world. A year later, opinions are still strong – and with the 2019 US Open set to begin on Aug. 26, the biggest story of the 2018 event is far from forgotten.

Van Natta sets out to get beyond the heat of the moment as he explores what happened that September afternoon and why. His quest to sort out the various facts and circumstances that sparked the confrontations, before and after, leads him down a road of discovery that includes on-camera interviews with the person who ignited the controversy, Williams’ coach Patrick Mouratoglou; match broadcasters Chris Evert and Pam Shriver; retired chair umpire Norm Chryst; his wife and retired line umpire Palma Chryst; and three tennis journalists who sat directly behind Ramos’ chair during the women’s final. They are among more than a dozen people that Van Natta interviews on camera as he tries to find answers, with two dozen more interviewed off-camera.

“As an investigative reporter for 25 years, I’ve tried to tell the in-depth stories that others might have overlooked,” said Van Natta, who is an ESPN Senior Writer who is also a co-creator and executive producer of Backstory along with Dahl and ESPN Senior Writer Wright Thompson. “I’m excited for the chance to try to reveal new facts and surprising insights about some of sports’ most intriguing unanswered questions.”

In addition to re-airing on ESPN networks, the debut episode of Backstory also will be available for in-demand viewing on the ESPN App immediately after the initial airing on ABC. .

The second episode of Backstory will delve into the banning of “Shoeless Joe” Jackson from baseball. The episode will air around the time of the World Series in October, tied to the 100th anniversary of the Black Sox Scandal associated with the 1919 World Series.

Subjects and airdates for additional episodes of Backstory will be announced later.