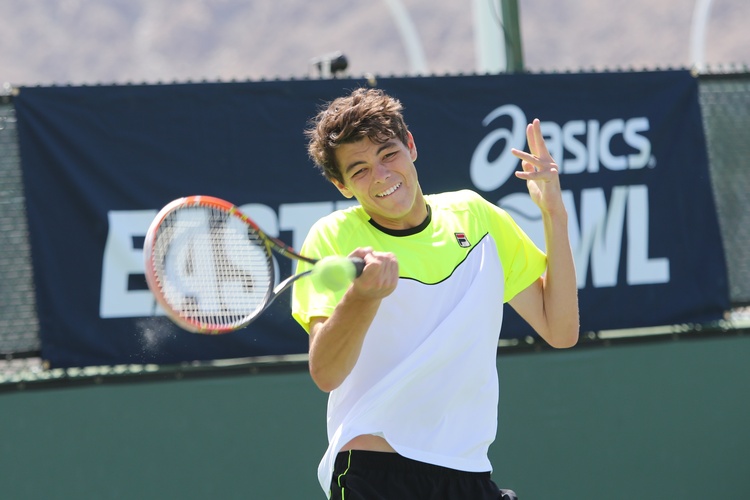 INDIAN WELLS, Calif. (March 22, 2022) – The FILA Easter Bowl returns to the Indian Wells Tennis Garden for the 54th edition of one of the nation’s largest and most prestigious junior tennis tournaments.

Nearly every singles American men’s and women’s Grand Slam champion has competed in the FILA Easter Bowl, a true pipeline to the professional ranks, including past champions John McEnroe, Tracy Austin, Jennifer Capriati and Andy Roddick. The FILA Easter Bowl 18s division is an ITF Level JB1 and the USTA Spring National Championship in the 16s, 14s and 12s for both boys and girls with gold, silver and bronze balls handed out for top finishers in all eight divisions.

This year’s girls’ field is highlighted by 2019 USTA Girls’ 16s National Hardcourts singles champion Reese Brantmeier, who is currently ranked No. 536 in the singles WTA rankings. The 17-year-old Brantmeier from Whitewater, Wisc., won two rounds in qualifying at the US Open in September. She qualified and beat top-seeded Allie Kiick before falling in the quarterfinals at a USTA Pro Circuit $25,000  event in Vero Beach, Fla., in January.

Out to defend the FILA Easter Bowl title she won last spring as an unknown qualifier is 16-year-old high school sophomore Liv Hovde. Hovde is originally from Minnesota and moved with her family to McKinney, Texas, around age 10 to train with former Australian Grand Slam champion Phil Dent and his son Taylor and wife Jenny at the Dent Tennis Academy in Keller, Texas. Last year, Hovde won nine matches in nine days on her way to the title. She is ranked No. 8 in the ITF world singles rankings.

Last year’s boys’ ITF finalist Ethan Quinn, currently a redshirt freshman at the University of Georgia, is entered in the FILA Easter Bowl and is ranked No. 20 in the ITF world junior rankings. Just last weekend Quinn qualified for the USTA Pro Circuit $25,000  Futures and advanced all the way to the semifinals. He will contend with the likes of 16-year-old Nishesh Basavareddy from Carmel, Ind. Basavareddy (No. 24). Cooper Williams from Greenwich, Conn., sits right behind Basavareddy in the rankings at No. 25 and will be seeded, as will Nicholas Godsick (No. 30) of Chagrin Falls, Ohio, and Michael Zheng (No. 31) from Montville, N. J.

This year, the winner of the boys’ and girls’ 14s singles titles at the FILA Easter Bowl will be awarded spots in Wimbledon’s inaugural 14&U Championships.

In the girls’ 16s top-seeded players include: Stephanie Yakoff from New Jersey and headed to Harvard University; draw also includes Amber Yin of Missouri and Brooke Lynn Schafer from Georgia.

In the boys’ 16 stop-seeded players include: Andrew Ena from New York, Stephan Gershfeld from New York and Cyrus Mahjoob from Maryland. 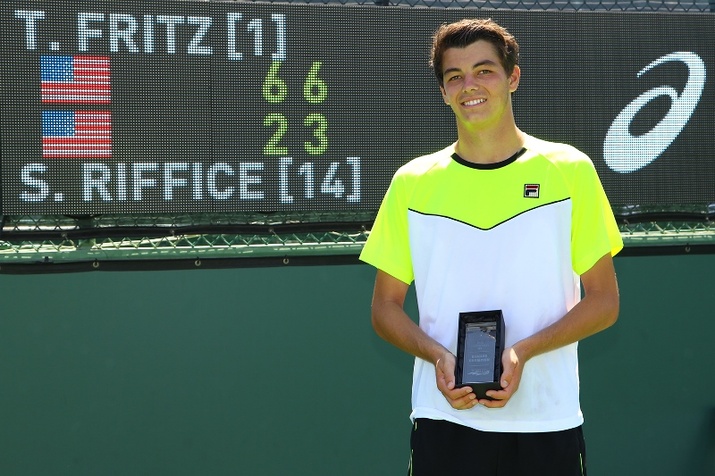 In 2015, Taylor Fritz captured the Easter Bowl Boys’ ITF singles title on his way to the No. 1 junior ranking in the world.

On Sunday he won his first Masters 1000 event the BNP Paribas Open at the same venue, the Indian Wells Tennis Garden.

With the exception of the Williams sisters, nearly every American male and female player in the current Top 100 world rankings has played the FILA Easter Bowl at the current site of the BNP Paribas Open, the Indian Wells Tennis Garden, including Fritz, Sofia Kenin, Sebastian Korda, Jenson Brooksby, Frances Tiafoe, Coco Gauff, and Brandon Nakashima, just to name a few. The iconic junior tournament started by Seena Hamilton in 1968 and now led by Tournament Chairman Lornie Kuhle. The FILA Easter Bowl has long been considered the Super Bowl of junior tennis. No other junior tennis tournament in the United States possesses the same rich history as the FILA Easter Bowl. The tournament was started in New York City and has been played in Florida, Arizona and California.

The FILA Easter Bowl will be live-streamed at www. easterbowl.com. Check that site for all the latest news, results and schedules.