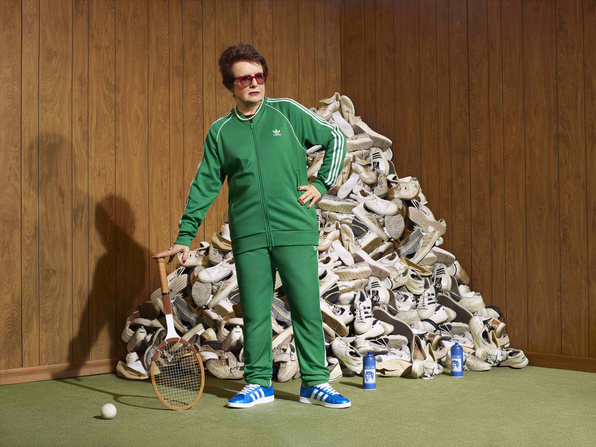 - Currently girls of NYC drop out of sport at 2.4x  the rate of boys
-With Here To Create Change adidas partners with original change-maker BJK  to help keep girls in sport by identifying the barriers faced by amateur, professional and future female athletes
- adidas celebrates BJK with a limited edition AM4BJK SPEEDFACTORY product drop, uniting an iconic sporting legacy with technological innovation for today’s athlete

NEW YORK - On Women’s Equality Day, adidas - a global leader in sport performance - announces its commitment to changing the future for NYC’s young female athletes. Unveiling research that shows that less than 1 in 3 girls  continue to play sport after school, adidas kicks off Here to Create Change, which commits to breaking down the barriers that see nearly 1.7 million  potential female athletes quit playing in NYC alone. 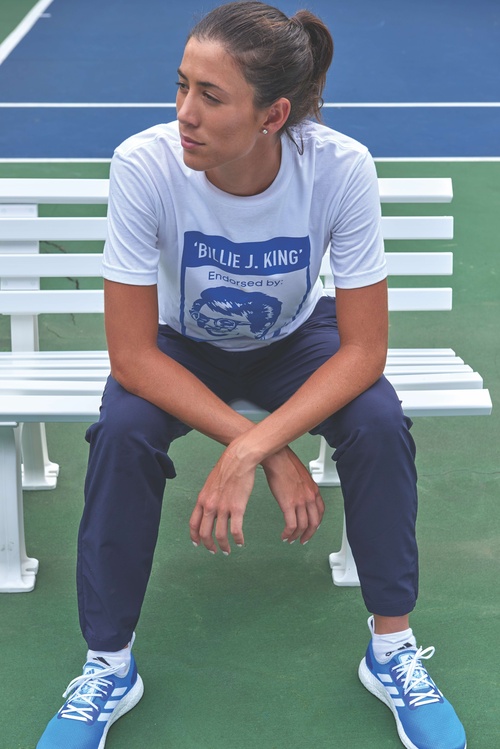 Currently, girls of NYC are dropping out of sport at 2.4x the rate of boys . The drop off is significant. During middle school there is only a 5% gap  between the percentage of male and female athletes, which rises to 13%  in high school, with the biggest decline between the ages of 17 and 18. At today’s rate, girls are 1.5x less likely to play sport than boys , and by the age of 19 only 29% of girls (versus 56% of boys ) will play any sport at all.

When asked, 28% of girls  - over 670,000   potential NYC athletes - said they dropped out as there were fewer opportunities as they got older. However increased infrastructure (24%) , coaching (12%) and free spaces (26%) would significantly encourage female sporting creators to stay in the game. 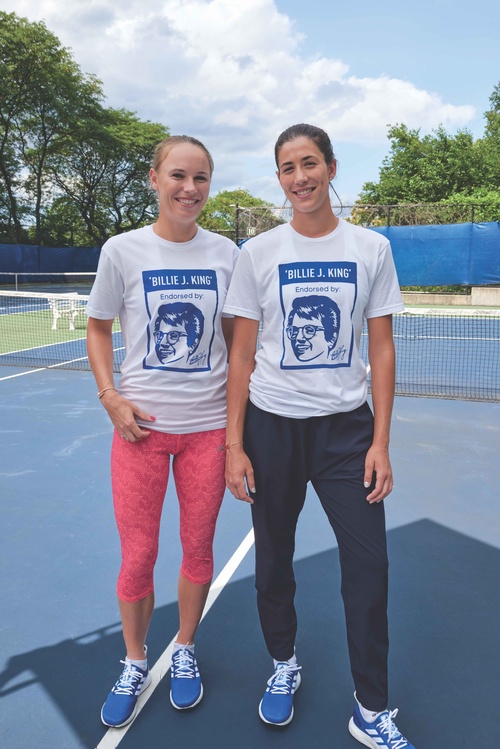 Eva Barrett, Global Senior Director of Marketing for adidas Specialist Sports says, “At adidas, we believe through sport, we have the power to change lives. That’s why we are proud to partner with Billie Jean King on Here To Create Change, which asks the people of New York and around the world to help us find solutions to the problems faced by young girls in sport.

As a sports icon and a social justice pioneer, Billie Jean King is evidence that positive change on and off the court for women is possible, and we celebrate her achievements with our own commitment and footwear that all aspiring female athletes can step into. We want to build a future for female creators in this great city’s pitches, fields and courts of play. But we can’t do it alone. We want to hear from you, New York.” 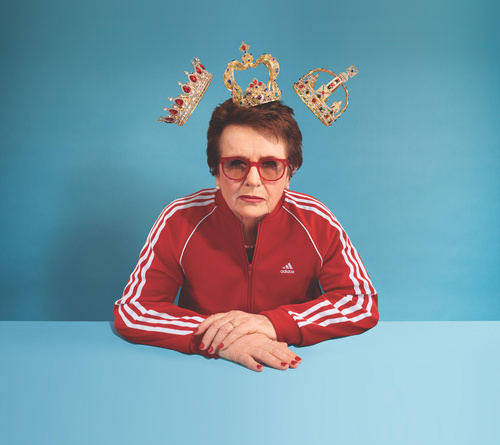 The campaign plays to the backdrop of the US Open, a global platform for the power of positive change in female sport and the location of Billie Jean King’s fight for equality in her pivotal match 45 years ago.

Billie Jean King says, “The US Open, and the global audience the event delivers, is the perfect stage for this program and showcases adidas’ commitment to equality and positive change. I am proud to collaborate with adidas on addressing today’s barriers. Together, we can achieve more  progress, equality and access for everyone in tennis and beyond. ” 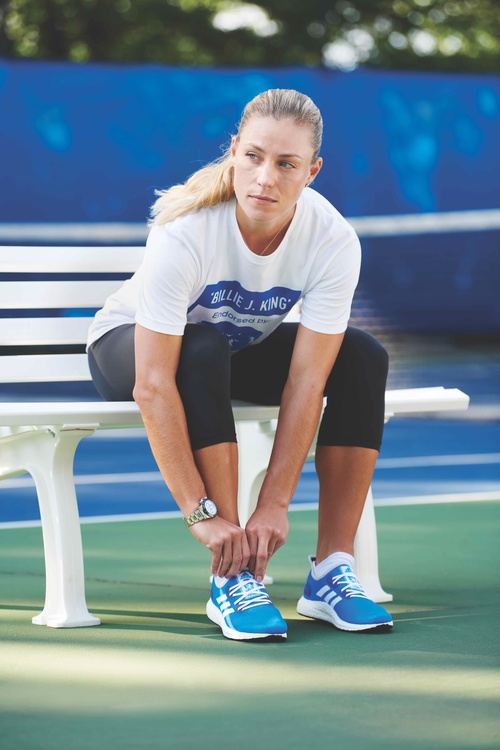 To mark the campaign and honor the ultimate champion for women in sport, adidas is releasing a limited edition run of Here To Create Change product.

Leading the product release is the Billie Jean King Speedfactory shoe AM4BJK – created in honor of BJK’s permanent footprint on the fabric of female sport. The AM4BJK is an homage to the famous blue adidas suedes she played in during her match 45 years ago, but modernized through adidas’ innovative production method. 300 pairs will be available beginning Aug. 27 at the adidas US Open store, select adidas performance stores in NYC and on adidas. com.
adidas is inviting New Yorkers to the U. S. Open store on Aug. 27 to spray their own shoes blue to inspire women everywhere to break down barriers and play sports. 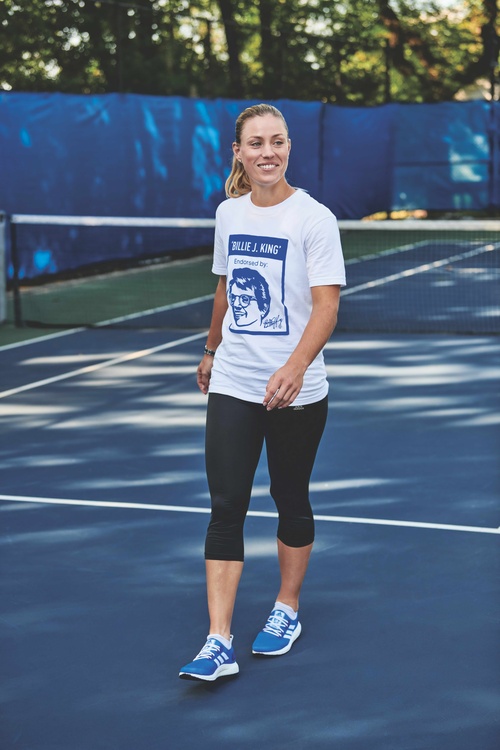 Wimbledon Champion and World number No.4, Angelique Kerber adds, “New York is a special city for me after winning the US Open here in 2016 – a feat I only could have achieved with Billie Jean King paving the way for women in tennis. Playing sport at any level is hugely important and that’s why I support adidas’ campaign to get more girls playing. Whether it’s tennis, basketball or soccer, I look forward to seeing more girls and women of this great city continue to play any sport.”

To create this movement for change, adidas is activating #creatorsunite. To join Kerber, Billie Jean King and adidas in collaborating for a better sporting future by eradicating barriers, we want to hear from the creators of New York. Together through this open source initiative we can make a difference in this city for girls in sport.

This campaign is part of the wider /// &lt;3 NYC campaign, a series of events, projects, and surprise moments—each designed to put the community first and show love to the Big Apple.