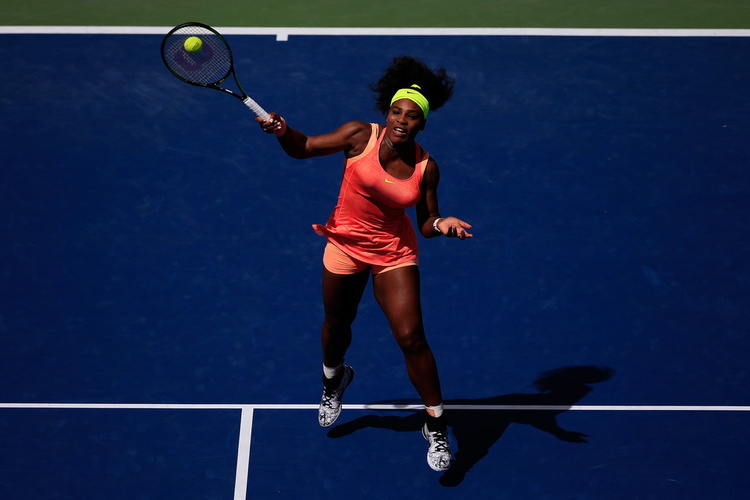 ST PETERSBURG, FL, USA – The Women’s Tennis Association (WTA) announced today the winners of the annual Year-End Awards - headlined by Player of the Year, Serena Williams, and Doubles Team of the Year, Martina Hingis and Sania Mirza, as voted by members of the media and one collective fan vote.

• Ended the year as the No.1 doubles team after first teaming up at 2015 Indian Wells

• Mirza became the first Indian player to reach the No.1 ranking in April and remained at the top through the end of the year; Hingis finished the season at No. 2

• The pair won nine doubles titles throughout the season including Wimbledon and the US Open (lost only one set in both title runs) in addition to Indian Wells, Miami, Charleston, Guangzhou, Wuhan and Beijing

• Qualified for the WTA Finals in Singapore for the first time as a team; won title (d. Muguruza/Suarez Navarro in the final)

Most Improved Player of the Year:  Timea Bacsinszky (SUI) (Player who finished inside the Top 100 and showed significant improvement throughout the 2015 season)

• Won second and third career singles titles in back-to-back weeks at Acapulco and Monterrey (d. Garcia in both finals)

• Broke into the Top 10 (No. 10) for the first time on October 12 on the back of finals appearance at Beijing (l. Muguruza); was first Premier Mandatory final

Newcomer of the Year:  Daria Gavrilova (RUS) (Player who made Top 100 debut or notable accomplishments during the 2015 season, and prior to current year, had not played in more than 6 main draw events at tour-level in a single season)

• Highlight of 2015 season was semifinal run at Rome - qualified and defeated Bencic, Bacsinszky, and Ivanovic before falling to No. 3 Sharapova

• The seven-time Grand Slam champion has made several comebacks in her illustrious career, but 2015 saw her return to the Top 10 for the first time since April 2011

• At 35 years old, she became the oldest woman to feature in the Top 10 since Martina Navratilova, who was 38 years old in 1995

• First diagnosed with Sjögren's syndrome in 2011, the American has captured three titles this season - at Auckland, Wuhan and Zhuhai – the first time she has won multiple titles in a year since 2010

WTA players voted for one of their peers to earn the Peachy Kellmeyer Player Service award and the Karen Krantzcke Sportsmanship award, as well as the Tournament of the Year awards.

Peachy Kellmeyer Player Service:  Lucie Safarova (CZE) (Awarded each year to the player who has done the most for their fellow players)

The player can be acknowledged for their efforts made through the Player Council or any other initiative on behalf of the general player population. This award has been voted on by players since 1977. Previous winners include Kim Clijsters, Liezel Huber, Nicole Pratt, Francesca Schiavone, Pam Shriver, and Venus Williams. Safarova won the award in 2014 as well.

Karen Krantzcke Sportsmanship:  Petra Kvitova (CZE) (Awarded to the player who conducts herself in a manner fitting of a professional sports figure and observes the rules of fair play, shows respect for others, and is gracious on and off the court)

This award has been voted on by players since 1978. Past winners include Kim Clijsters, Elena Dementieva, Ana Ivanovic, Lindsay Davenport, Chris Evert, and Evonne Goolagong-Cawley. Kvitova won the award in 2014 as well.

2015 PREMIER TOURNAMENTS OF THE YEAR

INTERNATIONAL TOURNAMENTS OF THE YEAR